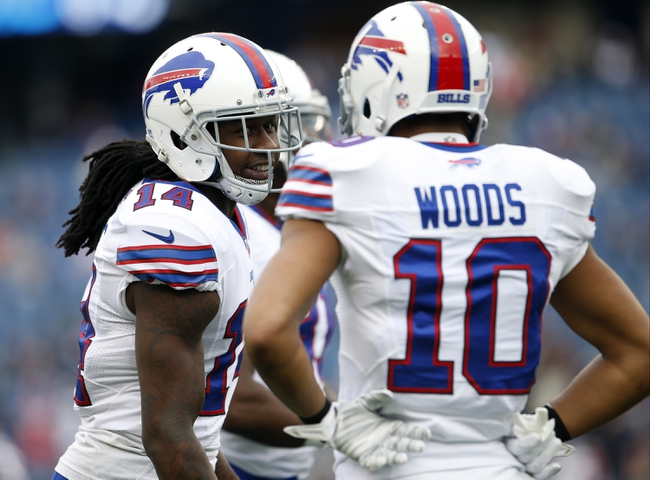 The Bills and Colts meet up in Buffalo on Sunday in one of the more intriguing opening week match ups.

The Indianapolis Colts were a win away from getting to the Super Bowl last season and perhaps if not for New England and the deflated football fiasco they could have been the AFC champs. Hardly. Although the Colts are a very dangerous football team and come into this season as one of the favourites to emerge out of the AFC and are the clear cut favourites to win the AFC South. Indy has been on a steady climb since moving on from Peyton Manning and Andrew Luck is the real deal and could already be considered the game's best quarterback and now with some added (older) weapons around him in Andre Johnson and Frank Gore this could be an even greater season for the former first overall pick.

The Bills meanwhile begin a new era and new attitude as Rex Ryan makes his coaching debut with his new AFC East team and a home game to kick things off is a huge advantage for Buffalo despite hosting one of the game's best. Buffalo always seems to play well at home and always seem to play well at the beginning of a new season and with so many changes to players and personnel you can bet they are excited to get things going. Lesean McCoy should be good to go in the Buffalo back field and while questions remain surrounding the quarterbacking issues with Tyrod Taylor getting the start the Bills have some pieces offensively to compete with Indianapolis. However, for me the key here will be on the defensive side of things and while the line is bound to move throughout the week I think the Bills' defense under Ryan could be one of the best in football even without Kiko Alonso and I think they get off on the right foot here with a huge home field victory.