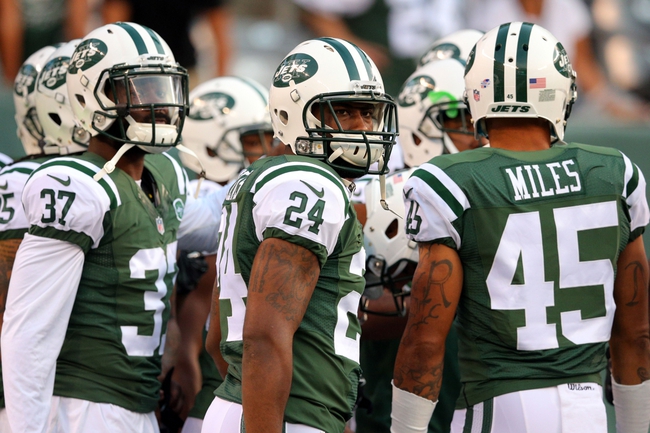 The New York Jets and the Cleveland Browns face off on Sunday as they kick off their 2015- 2016 NFL season.

The New York Jets are looking to finally get the ball going in the right direction as the Todd Bowles era as Head Coach begins. The Jets offense will start the season without starting QB Geno Smith who is out with a broken jaw so Ryan Fitzpatrick moves in as the starter for an offense that ranked 22nd in the NFL last season in yards and averaged just 19.9 points per game. Chris Ivory will be the jets number one option at running back but Bilal Powell and Zac Stacy should get some carries. Brandon Marshall is a huge upgrade for New York at WR and it should put Eric Decker in in a perfect role complimenting him. D’Brickashaw Ferguson and Nick Mangold continue to anchor the Jets OL. The Jets defense allowed 5,235 yards overall and 25.1 points per game but they are loaded with talent. Darrelle Revis and Antonio Cromartie make the Jets corners some of the best in the game while first round draft pick Leonard Williams and Muhammed Wilkerson will bring the pass rush. The Jets look similar to last season when there defense looks solid enough but may be hung out to dry by the offense.

The Cleveland Browns seem to be on a never-ending mission to get to being competitive on a weekly basis and they are hoping this is the year they make it happen. Josh McCown is the starter at QB for Cleveland and the veteran has always been the type who plays well when he is replacing someone else but rarely has taken advantage of his chances when he has been the starter from the outset. The Browns offense was one of the worst in the NFL last season averaging 324.6 yards and 18.7 points per game. Isaiah Crowell is the starter at running back but the Browns have many other capable contributors while Brian Hartline and Dwayne Bowe are a nice set if receivers. The Browns defense allowed 366.1 yards and 21.1 points per game but they were on the field often. Joe Haden is still one of the best shutdown corners in the game and Karlos Danby and Paul Kruger are tough LB’s. The Browns look like they will once again lean on their defense.

This looks like a defensive battle and a close game and when that is the case, especially against offenses that are known to struggle and make mistakes, I like to take the points.