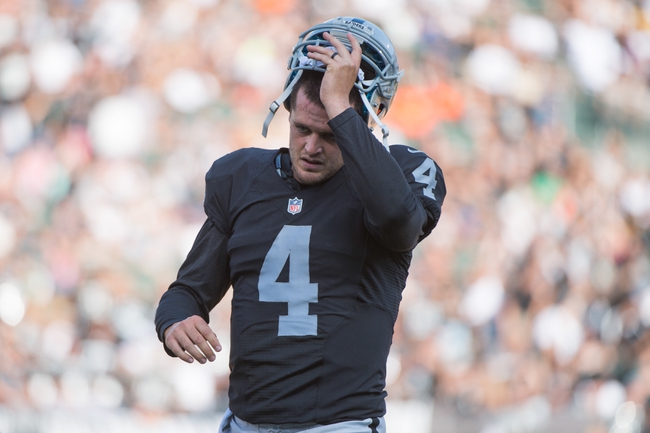 The Cincinnati Bengals have made the playoffs the last four seasons but are hungry to finally take that next step. Andy Dalton has to be better at quarterback after throwing 37 interceptions his last two seasons. The Bengals have solid offensive weapons around Dalton, including A.J. Green, Mohamed Sanu, and an impressive running back duo of Jeremy Hill and Giovani Bernard. Even with all that talent, the Bengals still ranked 15th in the league in points per game last season. Defensively, the Cincinnati Bengals finished last season ranked 22nd in total yards allowed and 12th in scoring defense. Cincy should still have an above-average defense with players such as Carlos Dunlap, Rey Maualuga and Adam Jones holding down the fort.

The Oakland Raiders have won just seven games their last two seasons and haven’t made the playoffs since 2002. The good news is the Raiders feel like they found their quarterback in Derek Carr, and he has some new weapons at receiver with the additions of Michael Crabtree and rookie Amari Cooper. The questions offensively for the Raiders are at running back, as Latavius Murray and Roy Helu aren’t exactly established runners you can count on day in and day out. Oakland finished 31st last year in points per game. Defensively, the Oakland Raiders finished last season ranked 21st in total yards allowed and 32nd in scoring defense. The Raiders have nowhere to go but up defensively and have some promising players in Khalil Mack, Mario Edwards Jr. and Justin Tuck, who showed last season he still has something left in the tank.

Winning in Oakland is still tougher than most people think. The Raiders also think they have a nice group of guys who can start to get this franchise out of the NFL basement. Honestly, I simply don't trust Dalton at all, especially on the road. Don't love the pick, but I'll side with the home team and the free field goal if forced to pick a side.