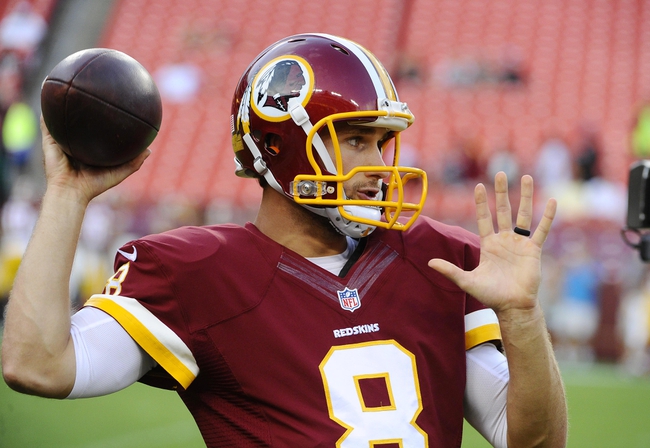 The Miami Dolphins and Washington Redskins square off Sunday afternoon at FedEx Field.

The Miami Dolphins head into the season with high expectations and are hoping for their first playoff spot since 2008. Ryan Tannehill has improved each season he’s been in the league, and the Dolphins have provided him with more weapons than ever before. Miami’s additions of Kenny Stills, Jordan Cameron, Greg Jennings and DeVante Parker give the Dolphins a respectable offense that should be able to put some serious points on the board. Defensively, the Miami Dolphins finished last season ranked 12th in total yards allowed and 20th in scoring defense. Ndamukong Suh in the middle of a defensive line that includes Cameron Wake and Olivier Vernon gives the Dolphins one of the better defensive fronts in the NFL. Rookie running back Jay Ajayi is doubtful with a ribs injury.

The Washington Redskins have won just seven games the last two seasons and head into this year a complete mess. Kirk Cousins once again takes over at quarterback as the fiasco surrounding Robert Griffin III continues. While Washington pays a lot of attention at quarterback, the Redskins offense should still be able to do its thing with a healthy Pierre Garcon, Alfred Morris and DeSean Jackson on the field. However, there’s simply a dark cloud that continues to hang over this Redskins’ franchise. Defensively, the Washington Redskins finished last season ranked 20th in total yards allowed and 29th in scoring defense. Another season of Keenan Robinson and Ryan Kerrigan should help Washington’s defense improve from a year ago.

The Redskins seem to head into this season with a worse vibe than they did a year ago. Meanwhile, the Dolphins have a loaded roster on both sides of the ball and are eager to prove why they're a playoff team in the AFC. Two teams heading in different directions. Give me the road team and the small number.