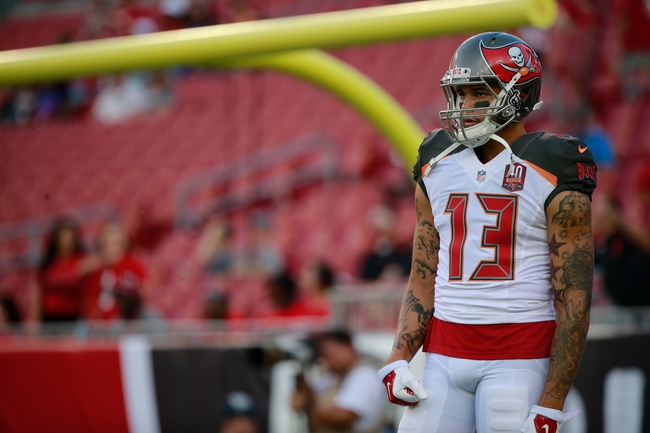 The Titans and Buccaneers meet up in Tampa Bay on Sunday as the first and second overall picks in this year's square off looking to give their new team a season opening victory.

The Tennessee Titans head into opening weekend starting a new era in their franchise's history as Marcus Mariota suits up for his first NFL game as fans and personnel watch with bated breath as their new quarterback will look to make a statement against fellow rookie pivot Jameis Winston. The Titans don't have a ton to look forward to this season as many have them slated to finish at or near the league basement and will be in line to select with another top five draft pick next season but the Mariota story line and how he performs will be very intriguing as some expected the team to pass on the Oregon product with Zach Mettenberger already on the roster. Tennessee acquired Terrance West from the Cleveland Browns over the weekend giving them another piece on the ground but their aerial attack leaves a lot to be desired as tight end Delanie Walker should be the productive pass catcher if he and Mariota are on the same page.

The Bucs meanwhile are a season removed from finishing with the league's worst record but now with Winston behind centre expectations are already high in Tampa as they play in a very weak NFC South division and have some great weapons on the offensive side of the ball. Tampa is in a transition spot as well but many expect they will complete things much faster thanks to Winston, Mike Evans, Vincent Jackson, and Doug Martin leading the way offensively and while the Tampa defense may struggle this season they should find themselves in a lot of shootouts. This game should draw a nice crowd despite the lackluster markets as the top two picks in the draft square off and while the line could change I think we are getting the Bucs at a great price here as I don't see the Titans having the legs to keep up.