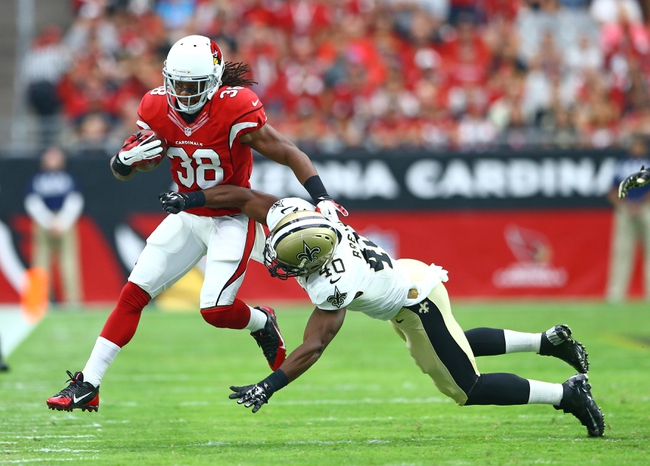 NFL Updates: News From Around the League, Week 2 Schedule and More

Week 2 in the NFL has just gotten started, now that the Broncos and Chiefs are all finished up. We’ve got more football on the way, but in the meantime let’s check out some of the notable headlines of the morning.

Broncos-Chiefs Wrap-Up: Ugly, sloppy, strange, miraculous: there are a lot of words you can use to describe Week 2 of “Thursday Night Football.” The Broncos pulled off a comeback 31-24 victory over the Chiefs, thanks to five turnovers by KC.
Peyton Manning finished with 256 yards and three scores for Denver, while the Chiefs’ Jamaal Charles posted 125 rush yards and a score but also coughed the ball up twice.

The Cardinals’ Andre Ellington was out of action at practice yesterday. He’s still nursing his injured knee (PCL sprain).
If Ellington doesn’t make some miraculous turnaround and arrive at practice today, he’ll be out of action for Sunday’s matchup. That means Chris and David Johnson will serve as the primary running backs.

In other RB injury news, the Panthers’ Jonathan Stewart was able to practice in full during yesterday’s session.
Stewart should be just fine for Sunday against the Texans.

Will T.Y. Hilton be able to play in the Colts’ Week 2 Monday night matchup against the Jets? That’s one of the big questions facing the team over the next few days.
The latest out of Indy is that Hilton believes he’ll be a game-time decision with his knee bruise. That said, there seems to be a lot of optimism surrounding his potential to play.

Over in Buffalo, the Bills have an issue with lead back LeSean McCoy. He had a tight hamstring during yesterday’s practice, so he was limited.
This is a worrisome situation for Buffalo, as the hamstring has been bugging McCoy since the preseason. There’s at least some chance he could sit out Week 2.

Another RB who is iffy for Week 2 is Arian Foster in Houston. He’s nursing a sore groin.
The general feeling seems to be that Foster won’t play until Week 3 or possibly later. He’s still got some healing to do.

The pick in this article is the opinion of the writer, not a Sports Chat Place site consensus.
Previous Pick
Chiefs vs. Broncos - 9/17/15 NFL Pick, Odds, and Prediction
Next Pick
NFL News: Player News and Updates for 9/19/15