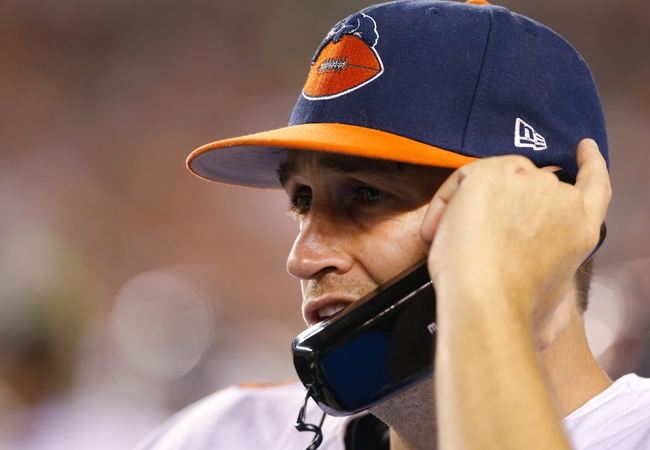 The Arizona Cardinals and Chicago Bears square off Sunday afternoon at Soldier Field.

The Arizona Cardinals look for another big win after beating the New Orleans Saints. Carson Palmer is completing 59.4 percent of his passes for 307 yards, three touchdowns and zero interceptions. Palmer has six touchdowns in his last three games. Larry Fitzgerald and Darren Fells have combined for more than 160 receiving yards and one touchdown while David Johnson has one touchdown. The Arizona Cardinals ground game is averaging 120 yards per contest, and Andre Ellington leads the way with 69 yards and a touchdown. Defensively, Arizona is allowing 19 points and 408 yards per game. Tyrann Mathieu leads the Cardinals with eight tackles, Alex Okafor has two sacks and Rashad Johnson has an interception. Justin Bethel is questionable for this game.

The Chicago Bears need a bounce back win after losing to the Packers. Jay Cutler is completing 50 percent of his passes for 225 yards, one touchdown and one interception. Cutler has thrown a pick in four of his last five games. Alshon Jeffery and Marquess Wilson have combined for more than 130 receiving yards while Martellus Bennett has five receptions. The Chicago Bears ground game is averaging 189 yards per contest, and Matt Forte leads the way with 141 yards and a touchdown. Defensively, Chicago is allowing 31 points and 322 yards per game. Shea McClellin leads the Bears with eight tackles, Adrian Amos has a tackle for loss and Jarvis Jenkins has a pass deflection. Jon Bostic, Sam Acho and Tracy Porter are questionable with injuries.

The Bears actually surprised me in their opening game by hanging with the Packers and giving themselves a chance to win. I think Chicago can build on that loss and use it to help get over the hump in this matchup. Arizona always seems to be inconsistent and will now be without lead running back Ellington for a couple of weeks.