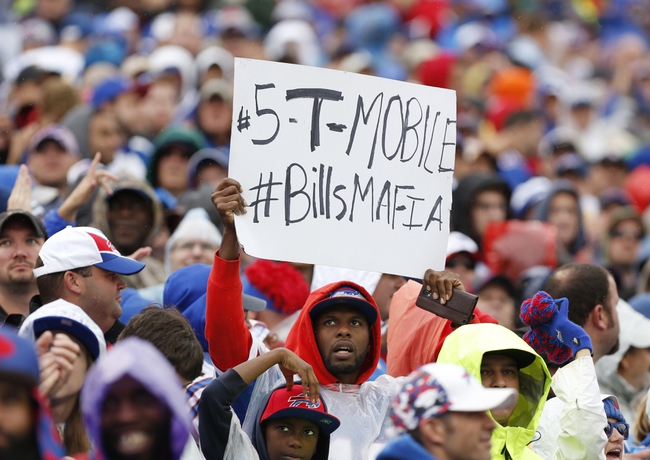 The New England Patriots look to build on their Thursday victory over the Steelers. Tom Brady is completing 78.1 percent of his passes for 288 yards, four touchdowns and zero interceptions. Besides three games, Brady has thrown a touchdown in every regular season game since 2013. Julian Edelman and Rob Gronkowski have combined for more than 190 receiving yards and three touchdowns while Dion Lewis has four receptions. The New England Patriots ground game is averaging 80 yards per contest, and Lewis leads the way with 69 yards on 15 carries. Defensively, New England is allowing 21 points and 464 yards. Dont'a Hightower leads the Pats with eight tackles, Duron Harmon has a interception and Jabaal Sheard has a sack. Dominique Easley,Tavon Wilson, Travaris Cadet and Trey Flowers are questionable.

The Buffalo Bills look for another shocker after beating the Colts in week 1. Tyrod Taylor is completing 73.7 percent of his passes for 195 yards, one touchdown and zero picks. Taylor has just one career touchdown pass in five seasons. Percy Harvin and LeSean McCoy have combined for more than 120 receiving yards and one touchdown while Charles Clay has four receptions. The Buffalo Bills ground game is averaging 147 yards per contest, and Karlos Williams leads the way with 55 yards and a touchdown. Defensively Buffalo is allowing 14 points and 304 yards per game. Nigel Bradham leads the Bills with eight tackles, Nickell Robey has a sack and Ronald Darby has an interception. Corey Graham, Marcell Dareus, Marquise Goodwin and Tony Steward are questionable.

While Rex Ryan has had his share of success against Tom Brady and the Pats, New England usually beat his teams when he coached in New York. Also, no matter how well the Bills looked last week, the Patriots have had several extra days to prepare for this game with them playing on Thursday.

Don't drink the Buffalo Kool Aid just yet. The Pats at a pick em is a steal in this spot.