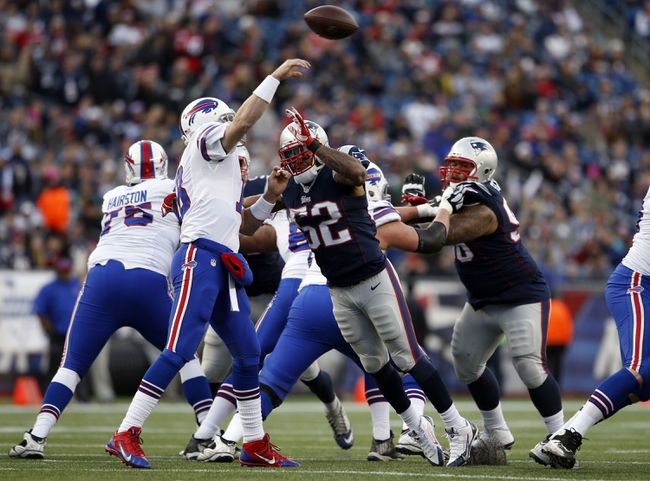 The Bills and Pats meet up in Buffalo on Sunday in one of the marquee matchups of the weekend between two 1-0 football teams.

The New England Patriots head into Buffalo with 10 days of preparation on their week two opponents and division rivals but face off against a Bills team who looked very impressive in week one and will be out for blood against the defending champs. The Patriots had their way for the most part against the Steelers on opening night but didn't have to contend with Martavis Bryant or Le'Veon Bell and while some of the offensive pieces for the Bills pale in comparison to that of the Steelers it is Buffalo's defense that has people thinking this game is going to be a classic. Rob Gronkowski was a freak as usual against the Steelers and has been a topic of conversation in Orchard Park all week and while his production may be inevitable the Bills can find success if they shut down everything else.

Buffalo again looked very strong against the Colts in week one at home as the Ralph was loud and energized and against their division foes and Tom Brady you can bet they will be geared up once again here. Buffalo will get Marcel Dareus back for this one which is a huge boost up front and will give them another option to get after Brady but with New England having a handful of options to work with the Bills' secondary will need to have a strong game. This looks to be one of the best matchups on a busy Sunday and while the Pats are the defending champs I am drinking the juice on the Bills right now as they are fired up and will be all in on taking down Brady and the Pats.