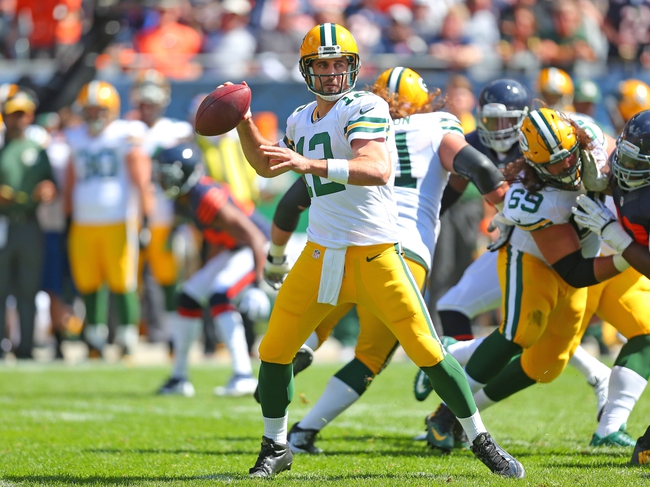 The Seattle Seahawks look to rebound after getting upset by the St. Louis Rams. Russell Wilson is completing 78 percent of his passes for 251 yards, one touchdown and one interception. Wilson has thrown a pick in three of his last four regular season games. Jermaine Kearse and Jimmy Graham have combined for more than 120 receiving yards and one touchdown while Doug Baldwin has seven receptions. The Seattle Seahawks ground game is averaging 124 yards per contest, and Marshawn Lynch leads the way with 73 yards on 18 carries. Defensively, Seattle is allowing 34 points and 352 yards per game. Earl Thomas leads the Seahawks with nine tackles, Michael Bennett has three tackles for loss and Cary Williams has a forced fumble. Kam Chancellor, Mike Morgan and Tharold Simon are questionable.

The Green Bay Packers look for another win after defeating the Chicago Bears. Aaron Rodgers is completing 78.3 percent of his passes for 189 yards, three touchdowns and zero interceptions. Rodgers has six touchdowns and zero picks in his last three regular season games. Davante Adams and James Jones have combined for 110 receiving yards and two touchdowns while Randall Cobb has five receptions. The Green Bay Packers ground game is averaging 133 yards per contest, and Eddie Lacy leads the way with 85 yards and a touchdown. Defensively, Green Bay is allowing 23 points and 402 yards per game. Sam Shields leads the Packers with seven tackles, Julius Peppers has 1.5 sacks and Clay Matthews has an interception. Sam Barrington, Datone Jones and Morgan Burnett are questionable.

Like the Saints, the Seahawks are a different team away from home, as we saw last week. You can beat Seattle outside of its noisey arena. When you add in the fact the Packers have Rodgers on their side, I have to pick Green Bay.

This just isn't a good spot for the Seahawks.

The pick in this article is the opinion of the writer, not a Sports Chat Place site consensus.
Previous Pick
Eagles vs. Cowboys - 9/20/15 NFL Pick, Odds, and Prediction
Next Pick
Seattle Seahawks at Green Bay Packers 9/20/15 NFL Score, Recap, News and Notes