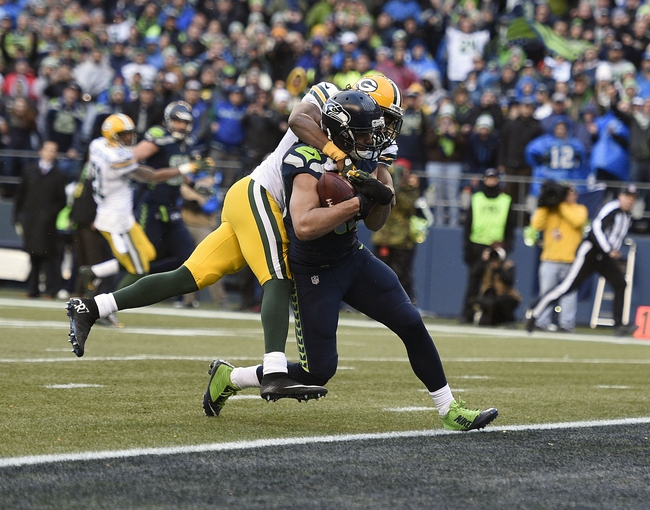 The Seahawks and Packers meet up at Lambeau on Sunday Night to cap off a busy day in the NFL.

The Seattle Seahawks head to the road looking to shake off last week's disappointing loss on the road against the St. Louis Rams but things don't get easier as they take on Aaron Rodgers and the Green Bay Packers. The trend of close games between the Seahawks and Rams continued last week as the home side was out to a big lead before the two time defending NFC Champs stormed back and looked to have victory in their grasp but a late St. Louis TD and a field goal in overtime led the Rams to victory and the Seahawks to their second straight heart breaking loss dating back to last year's Super Bowl. The hawks now travel to Lambeau to face off against the high octane packers offense who returns home for their season debut in front of the Cheese Heads and face a Seattle team who is still without defensive stand out Kam Chancellor who continues to hold out.

The Packers are a great football team even without Jordy Nelson and while James Jones is going to be a great void filler for the Green Bay offense they just seemed a little bit slow against Chicago and if not for a stalled drive from the Bears in the late stages of the fourth quarter it could very well be a battle of 0-1 teams here. Green Bay has some holes on defense and with Seattle getting it together down the stretch against St. Louis last week and surely some frustration with how things ended I think the Hawks come out flying here and get an early lead on the Packers. This will be a great game between two NFC powers and while the Packers offense at home should get the benefit of the doubt I think a frustrated Seattle team rebounds here and at the very least keeps this within a field goal.

The pick in this article is the opinion of the writer, not a Sports Chat Place site consensus.
Previous Pick
Eagles vs. Cowboys - 9/20/15 NFL Pick, Odds, and Prediction
Next Pick
Seattle Seahawks at Green Bay Packers 9/20/15 NFL Score, Recap, News and Notes