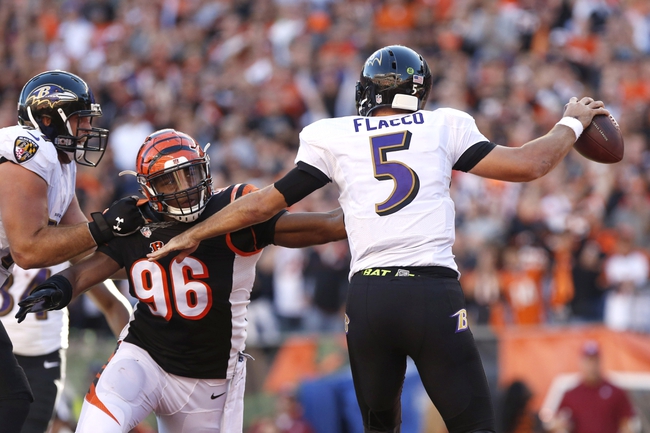 The Ravens and Bengals meet up in Baltimore on Sunday for one of the more anticipated matchups in week 3 as the AFC North rivals do battle for the first time this season.

The Cincinnati Bengals head into Baltimore on Sunday looking to stay perfect and remain atop the AFC North division but they know they will have their work cut out for them as the Ravens are 0-2 and will be playing desperate football. Cincy opened the season with wins over two AFC West foes as they cruised past the Raiders in week one and then held on for win against the Chargers last week in Ohio setting up a grudge match on Sunday where defense will be the key for both sides as they usually are in these divisional show downs. The Bengals look like AFC favourites and while the Ravens could very well be 2-0 they are on the decline after a loss on the road against the Raiders and with teams not having to deal with Terrell Suggs it makes that burden a little lighter in their offensive scheming.

The Ravens were AFC threats coming into the season and while they could very well turn things around as it is still very early in the season they are in a tough division with two other AFC powers in Pittsburgh and Cincinnati and will have a very tough test in this one. The Bengals have yet to allow a sack this season and when Andy Dalton isn't feeling the pressure he has actually looked very good and when he goes the Bengals go and so far they are living up to the hype. Baltimore will need to find a way to get after Dalton and force them into making mistakes and this game is going to come down to whether the Ravens' defense can rally after giving up a slew of points and yards to the Raiders last week. This is a very tough game to call and one I likely won't be playing but all things considered I do think the home side catches a bit of luck and get their first win of the season while dealing their arch rivals their first loss.