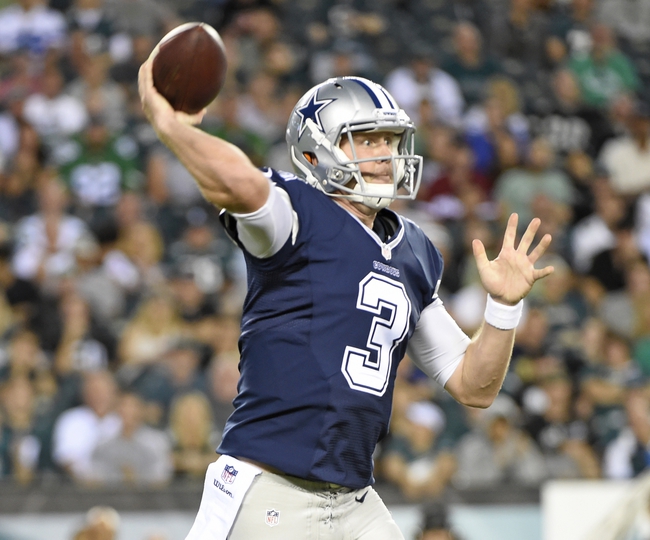 The Atlanta Falcons and Dallas Cowboys square off Sunday afternoon at AT&T Stadium.

The Atlanta Falcons look for another big road win to improve to 3-0 on the year. Matt Ryan is completing 66.3 percent of his passes for 661 yards, three touchdowns and two interceptions. Ryan has thrown a touchdown in 10 of his last 11 games. Julio Jones and Jacob Tamme have combined for more than 370 receiving yards and two touchdowns while Leonard Hankerson has eight receptions. The Atlanta Falcons ground game is averaging 80.5 yards per contest, and Tevin Coleman leads the way with 112 yards and one touchdown. Defensively, Atlanta is allowing 22 points and 393.5 yards per game. Justin Durant leads the Falcons with 18 tackles, Vic Beasley Jr. has a sack and William Moore has an interception. Paul Worrilow, Devin Hester and Malliciah Goodman are questionable with injuries.

The Dallas Cowboys are 2-0 but now have to deal with a serious injury bug. Brandon Weeden is completing 100 percent of his passes for 73 yards, one touchdown and zero interceptions. Weeden will take over as starter with Tony Romo out with a broken collarbone. Terrance Williams and Jason Witten have combined for more than 260 receiving yards and three touchdowns while Lance Dunbar has 11 receptions. The Dallas Cowboys ground game is averaging 94.5 yards per contest, and Joseph Randle leads the way with 116 yards on 34 carries. Defensively, Dallas is allowing 18 points and 257.5 yards per game. Sean Lee leads the Cowboys with 23 tackles, J.J. Wilcox has an interception and Tyler Patmon has two pass deflections. Barry Church, James Hanna and Ronald Leary are questionable with injuries.

I love the Cowboys roster, but not without Dez Bryant AND Tony Romo. You're asking a whole lot of Weeden to keep up with the Falcons and their offense that is clicking right now. While the game is in Dallas, the Cowboys are just way too banged up to hang in this game against a Falcons squad that is oozing with confidence at the moment.

ATL has to be the pick here.