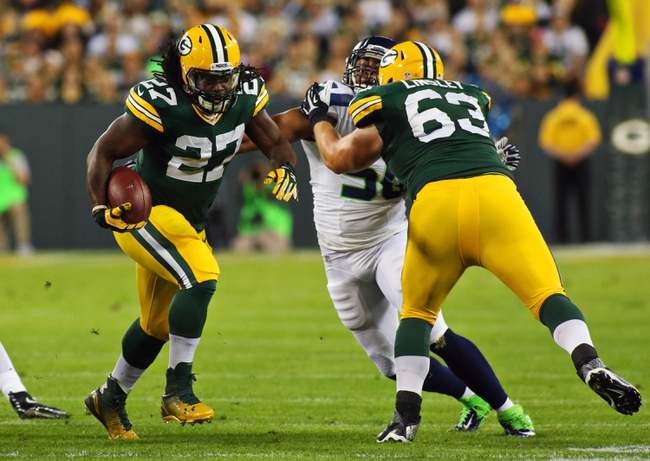 Week 3 in the NFL will be getting started today, but before all those kickoffs hit the air let’s check out some of the notable news items in our morning wrap-up. Here’s the latest from around the league.

We’ll likely be seeing an extra dose of Colts LB Robert Mathis today. LB Trent Cole didn’t travel with the team due to a knee injury. Cole was a late addition to the team’s injury report.

The Packers’ Randall Cobb was able to put in a full practice yesterday and has been tagged as probable for the Monday night game against Kansas City.
Cobb has been fighting that shoulder injury all season but has still managed to play in both the games so far.

While we’re on the subject, let’s check out a few more Packers injury concerns for tomorrow night. RB Eddie Lacy was limited at practice yesterday and has been hit with a questionable tag. Even if he does manage to suit up tomorrow, we’d imagine the Packers will limit his reps and give James Starks some more work.

Also questionable for tomorrow for the Packers are WR Davante Adams and S Morgan Burnett.
Adams was limited yesterday in practice due to an ankle injury and has only practiced twice (limited) in the past week. As for Burnett, he’s dealing with a calf injury and had to sit out practice yesterday.

A couple of notable running backs will be sitting out of today’s action between San Francisco and Arizona. The 49ers’ Reggie Bush will be sitting due to a calf issue, and Andre Ellington of the Cards will not play due to a knee injury.

Also of note--the Texans’ Arian Foster will not play today, his third straight missed start of the season.
Foster has been trying to get back form a groin injury and seems to be inching closer to full health with each week.

The pick in this article is the opinion of the writer, not a Sports Chat Place site consensus.
Previous Pick
Top Ten All-Time NFL Rookie Receiving Yards Leaders
Next Pick
Cardinals vs. 49ers - 9/27/15 NFL Pick, Odds, and Prediction