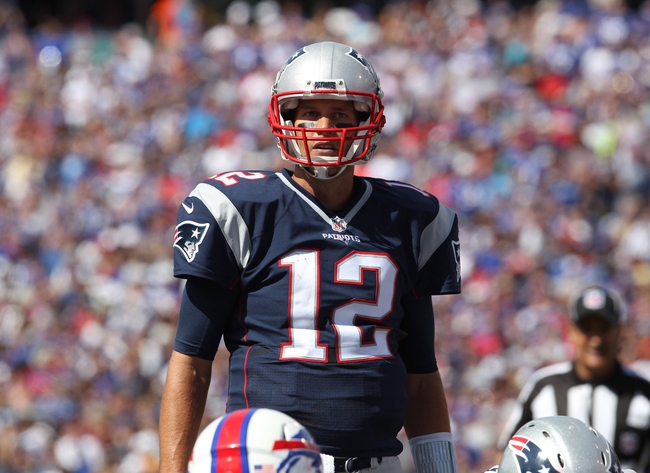 The Jacksonville Jaguars and New England Patriots square off Sunday at Gillette Stadium.

The Jacksonville Jaguars look to build on last week’s big win over the Dolphins. Blake Bortles is completing 54.8 percent of his passes for 456 yards, three touchdowns and two interceptions. Bortles has a touchdown pass in five of his last seven games. Allen Robinson and Allen Hurns have combined for 310 receiving yards and two touchdowns while Rashad Greene has nine receptions. The Jacksonville Jaguars ground game is averaging 109.5 yards per contest, and T.J. Yeldon leads the way with 121 yards on 37 carries. Defensively, Jacksonville is allowing 20 points and 324.5 yards per game. Telvin Smith leads the Jags with 18 tackles, Paul Posluszny has an interception and Jared Odrick has a forced fumble. Dwayne Gratz, Toby Gerhart and Sen'Derrick Marks are questionable with injuries.

The New England Patriots look to remain unbeaten after a quick 2-0 start. Tom Brady is completing 69.2 percent of his passes for 754 yards, seven touchdowns and zero interceptions. Brady hasn’t thrown a pick in three straight games. Rob Gronkowski and Julian Edelman have combined for 401 receiving yards and six touchdowns while Aaron Dobson has eight receptions. The New England Patriots ground game is averaging 68 yards per contest, and Dion Lewis leads the way with 109 yards and a touchdown. Defensively, New England is allowing 26.5 points and 406.5 yards per game. Dont'a Hightower leads the Pats with 20 tackles, Jamie Collins has 2.5 sacks and Malcolm Butler has an interception. Dominique Easley and Ryan Wendell are questionable with injuries.

I hate big chalk, especially in an NFL game where games usually aren't blowouts. However, the Pats are super focused like they were after Spy Gate, and they're playing with a point to prove. This isn't good news for a young Jaguars team that's in a major letdown spot.

This game could very well get ugly.