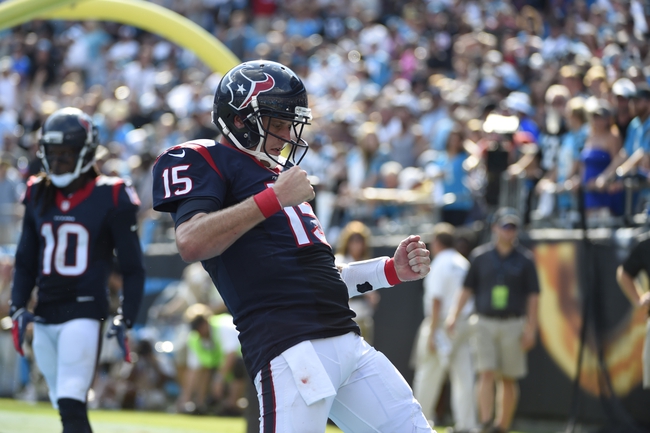 The Tampa Bay Buccaneers and Houston Texans square off Sunday at NRG Stadium.

The Tampa Bay Buccaneers look to build on last week’s road victory over the Saints. Jameis Winston is completing 55.6 percent of his passes for 417 yards, three touchdowns and two interceptions. Winston has been sacked seven times in two games. Austin Seferian-Jenkins and Vincent Jackson have combined for more than 240 receiving yards and three touchdowns while Louis Murphy has three receptions. The Tampa Bay Buccaneers ground game is averaging 115.5 yards per contest, and Doug Martin leads the way with 130 yards on 32 carries. Defensively, Tampa Bay is allowing 30.5 points and 316 yards per game. Lavonte David leads the Bucs with 13 tackles, Jacquies Smith has four sacks and Chris Conte has an interception. Gerald McCoy, Major Wright and Mike Jenkins are questionable with injuries.

The Houston Texans are still looking for their first victory of the season. Ryan Mallett is completing 49.3 percent of his passes for 342 yards, two touchdowns and one interception. Mallett and Brian Hoyer have combined for three touchdowns. Nate Washington and DeAndre Hopkins have combined for more than 310 receiving yards and two touchdowns while Cecil Shorts III has 10 receptions. The Houston Texans ground game is averaging 79.5 yards per contest, and Chris Polk leads the way with 60 yards on 19 carries. Defensively, Houston is allowing 25.5 points and 340 yards per game. Brian Cushing leads the Texans with 17 tackles, J.J. Watt has three sacks and Rahim Moore has one interception. Arian Foster, Duane Brown and Jeff Adams are questionable with injuries.

This is a lot of points to lay for a team that has lost its first two games. Tampa Bay has some talented players and the Bucs have to be confident after winning in New Orleans, which is never easy. The Texans may get on the board with their first victory, but I'm siding with the points here.