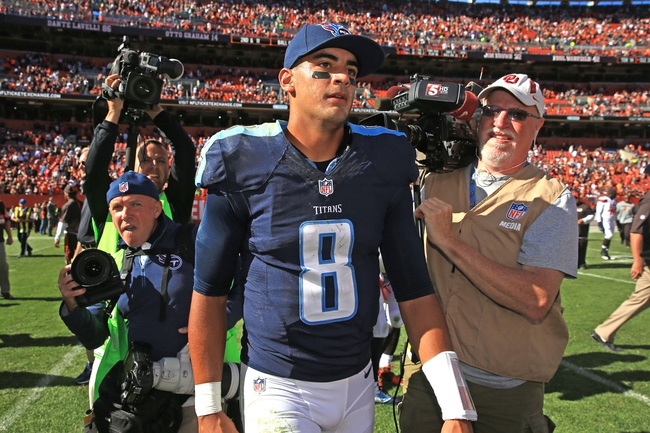 The Indianapolis Colts and Tennessee Titans square off Sunday afternoon at Nissan Stadium.

The Indianapolis Colts could use a victory after getting off to a surprising 0-2 start this year. Andrew Luck is completing 54.7 percent of his passes for 493 yards, three touchdowns and five interceptions. Luck has thrown seven picks in his last four games. Donte Moncrief and T.Y. Hilton have combined for 301 receiving yards and two touchdowns while Andre Johnson has seven receptions. The Indianapolis Colts ground game is averaging 78.5 yards per contest, and Frank Gore leads the way with 88 yards on 23 carries. Defensively, Indy is allowing 23.5 points and 343 yards per game. D'Qwell Jackson leads the Colts with 18 tackles, Henry Anderson has a sack and Mike Adams has an interception. D'Joun Smith, Vontae Davis and Darius Butler are questionable.

The Tennessee Titans look to get a game above .500 with a win in their home opener. Marcus Mariota is completing 64.2 percent of his passes for 466 yards, six touchdowns and zero interceptions. Mariota has been sacked nine times in two games. Kendall Wright and Anthony Fasano have combined for 220 receiving yards and two touchdowns while Justin Hunter has three receptions. The Tennessee Titans ground game is averaging 145 yards per contest, and Bishop Sankey leads the way with 116 yards and one touchdown. Defensively, Tennessee is allowing 21 points and 273.5 yards per game. Zach Brown leads the Titans with 14 tackles, Derrick Morgan has three sacks and Coty Sensabaugh has an interception. Chance Warmack, Antonio Andrews and Cody Riggs are questionable.

This is pretty much a must-win game for the Colts, and it would be absolutely brutal if they got off to an 0-3 start. While Indy has some serious questions, I'm not sure Mariota and company can take advantage of those weaknesses. I like the Colts to finally get on the board and cover the reasonable chalk.