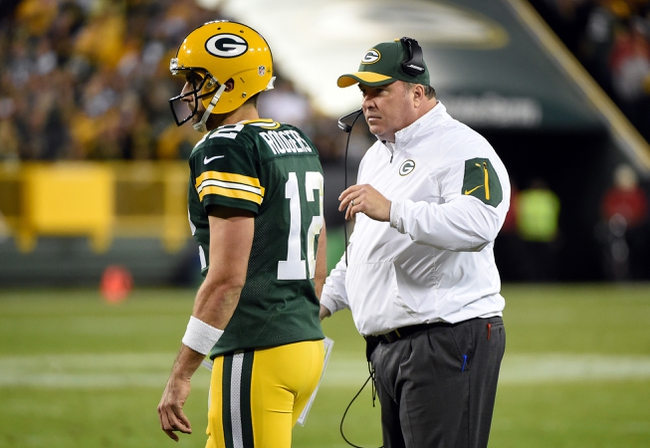 The Kansas City Chiefs look for their second road win after blowing last week’s game against the Broncos. Alex Smith is completing 65.5 percent of his passes for 434 yards, three touchdowns and two interceptions. Smith hasn’t thrown a pick in seven of his last 10 games. Travis Kelce and Jeremy Maclin have combined for 273 receiving yards and two touchdowns while James O'Shaughnessy has two receptions. The Kansas City Chiefs ground game is averaging 120.5 yards per contest, and Jamaal Charles leads the way with 182 yards and one touchdown. Defensively, Kansas City with 25.5 points and 347.5 yards per game. Marcus Peters leads the Chiefs with 12 tackles, Justin Houston has three sacks and Jamell Fleming has three pass deflections.

The Green Bay Packers look to continue rolling after a 2-0 start. Aaron Rodgers is completing 76.8 percent of his passes for 438 yards, five touchdowns and zero interceptions. Rodgers hasn’t thrown a pick in four straight games. Randall Cobb and Davante Adams have combined for 246 receiving yards and one touchdown while James Jones has five receptions. The Green Bay Packers ground game is averaging 130 yards per contest, and James Starks leads the way with 97 yards on 22 carries. Defensively, Green Bay is allowing 20 points and 363 yards per game. Ha Ha Clinton-Dix leads the Packers with 16 tackles, Julius Peppers has 2.5 sacks and Clay Matthews has an interception. Eddie Lacy is questionable and Josh Boyd is doubtful.

I rarely ever pick against the Packers at Lambeau Field, as they're simply a machine and Rodgers hasn't thrown an interception at home in years. Yes, the Chiefs have had extra time to prepare and what not, but Smith and company simply don't have the horses to hang in this contest.

Kansas City has an impressive secondary, but Rodgers is still Rodgers. I'll gladly take Green Bay by a touchdown.

The pick in this article is the opinion of the writer, not a Sports Chat Place site consensus.
Previous Pick
Vikings vs. Chargers - 9/27/15 NFL Pick, Odds, and Prediction
Next Pick
Index Of Free NFL Football Picks, Odds, TV Info For Week 3 2015: September 24 - September 28 2015