Top Ten Takeaways From Week 3 in the NFL 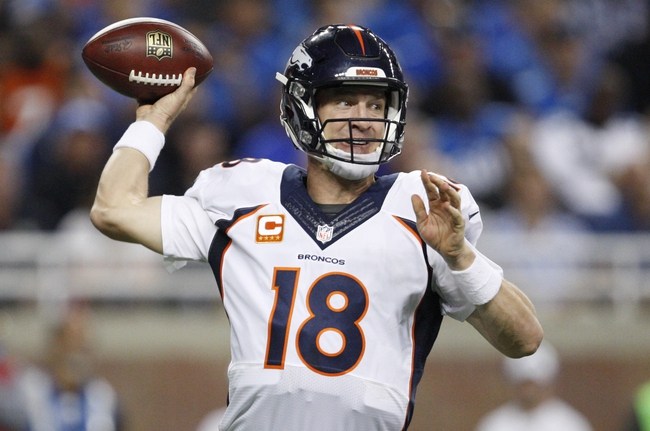 With an exciting Week 3 almost in the books, we’re going to spend this morning looking at the top ten biggest takeaways from this weekend’s NFL match-ups. As always, MNF gets left out, but there’s plenty to talk about even without the Packers and the Chiefs.

1. Peyton Manning still appears to be Peyton Manning. The Denver Broncos are perhaps the most maligned 3-0 football team in the history of the game. Despite reports of Manning’s certain demise, #18 threw for 324 yards and two touchdowns last night. Oh, and his longest pass of the evening was 45-yards. What was that about his inability to throw the deep ball?

2. Colin Kaepernick is setting the wrong records. During the San Francisco 49ers blowout loss to Bruce Arians’s Arizona Cardinals (more about that in a moment), Kaepernick threw two pick-sixes in under six minutes. That hasn’t happened since 1925. There was also a point where Kaepernick had four interceptions and five completions. I’m going to make a (not) bold prediction that we won’t see the Niners in the NFC Championship this year.

3. The Arizona Cardinals look poised for Super Bowl 50. QB Carson Palmer has made all the difference in the world in Arizona. As long as he can stay healthy, the team looks Super Bowl ready. Of course, it’s a long season and a lot can happen, but right now I love this Arizona club. In other news, Larry Fitzgerald had the best first quarter of his illustrious career yesterday. That man deserves a ring.

4. Tyrod Taylor might be the real deal. I was, admittedly, skeptical of Rex Ryan’s decision to start Tyrod Taylor this season. Through the first three weeks of the season, though, Taylor has looked incredibly solid against some tough teams (hi, New England). Yesterday, he completed the game with a 136.7 passer rating.

5. The Legion of Boom is back. After a surprising 0-2 start, the Seattle Seahawks appeared to get back on-track yesterday with the return of Kam Chancellor to the Legion of Boom. Seattle’s famous D shutout the Chicago Bears, holding them to just 22 yards of total offense in the first half.

6. The Cincinnati Bengals control their destiny. At this point, the Bengals sit alone atop the AFC North after sending the Baltimore Ravens spiraling to 0-3 yesterday. During that game, Andy Dalton and AJ Green combined for an absolutely explosive performance, achieving career highs of 383 yards and 227 yards, respectively. If the Bengals can keep it up, they could go far.

7. The Oakland Raiders are playing solid football. Until yesterday, the Oakland Raiders hadn’t won a football game in the Eastern time zone for 2,121 days. Then, Derek Carr, Amari Cooper, and the team’s D went to work in Cleveland. The Raiders played impressively against a stalwart Browns defense, proving that Jack Del Rio is doing good things in NorCal.

8. The Houston Texans offense leaves much to be desired. Despite yesterday’s win (thanks mainly, as usual, to JJ Watt and his D), the Texans have got to do something about their offense if they want to contend, even in the debacle that is the AFC South. QB Ryan Mallett ended the game with 5.8 yards per attempt and the club couldn’t capitalize on drives that started at the Tampa 34 and 38-yard lines.

9. Andrew Luck is still the comeback kid. For the 12th time in his relatively short NFL career, Luck led the Indianapolis Colts to a comeback victory yesterday. In a span of four minutes, the team managed to turn a 27-14 deficit into a 35-27 lead. Impressive? Heck yes. The problem is that they should never have been in that position against the Tennessee Titans in the first place. There’s still a lot of work to be done in Naptown to make it to January.

10. The Philadelphia Eagles are just fine without DeMarco Murray. After all the hype surrounding Murray’s move to Philly in the offseason, the Eagles’ run game looked good as gold without him yesterday afternoon. Ryan Mathews and Darren Sproles truly stepped-up. It’ll be interesting to see what happens if this trend continues while Murray is recovering from his hamstring injury.