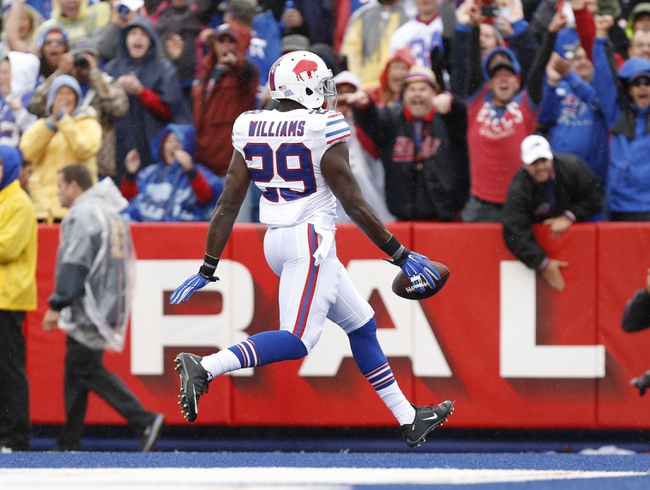 The NFL’s Week 4 will be kicking off tomorrow night, when the Ravens take on the Steelers in Pittsburgh. In the meantime, we’ve got plenty to talk about, so let’s check out some of the notable headlines in our daily wrap-up.

The Bears added DL Jeremiah Ratliff to the active roster yesterday, filling in a spot left by a couple of trades earlier in the week.
Ratliff has finished serving his three-game suspension and should be able to jump right back into the starting rotation.

Packers DE Dante Jones is going through diagnosis for a possible concussion. He was hit on the head in the fourth quarter of his team’s Monday night win over Kansas City.

The Eagles’ Kiko Alonso may end up missing some more time moving forward, and his status for Sunday’s Week 4 matchup against the Redskins is still unknown at this point.
There have been some rumors surrounding Alonso’s ACL sprain, making it unclear whether he’ll be able to play on Sunday.

The Broncos’ C.J. Anderson has been fighting off various injuries since the start of the season, and it’s affected his performance on the field.
Anderson is averaging just 2.3 YPC so far and needs to stay on the field in order to get a rhythm going. We’ll see if he can start posting better numbers against Minnesota this week.

The Jets will be playing in London this Sunday against the Dolphins, and they’ve got a definite hole at the tight end slot. Jeff Cumberland sustained a head injury in his team’s loss against the Eagles and is currently in concussion protocol.
If New York can post a solid effort in England and go into the bye with a 3-1 record they’re in good shape coming back into Week 6 against the Redskins. The team should also have DL Sheldon Richardson back by then as well.

Fans and fantasy owners should take note of the Bills’ Karlos Williams. There exists a strong possibility that the team will sit No. 1 RB LeSean McCoy this week to rest his injured hamstring, so Williams will likely handle the bulk of the workload.
Williams has scored a TD in each of his first three games as a pro, and it seems like the team loves him. We’ll get a heavy dose in Week 4.

The pick in this article is the opinion of the writer, not a Sports Chat Place site consensus.
Previous Pick
Top Ten Takeaways From Week 3 in the NFL
Next Pick
Top Ten 2015 Week 4 NFL Match-Ups