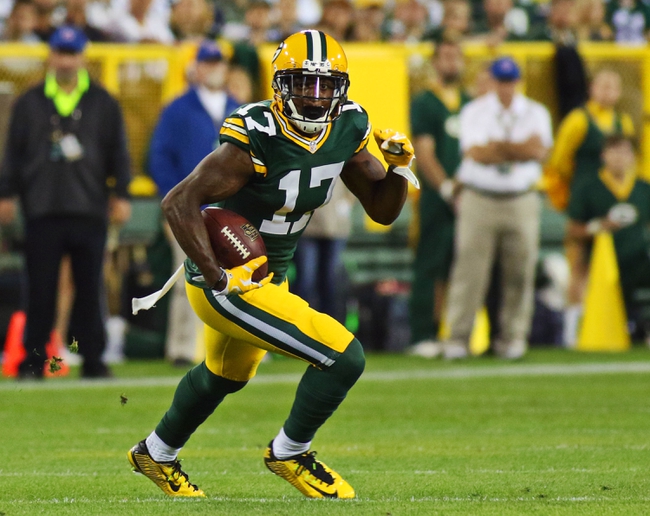 Week 4 will be getting underway this evening when the Ravens head to Pittsburgh to take on the Steelers. Before we settle in for that one, let’s check out some of the notable players and situations out there in our daily headlines.

The Bears’ Jay Cutler was able to get in a limited practice yesterday. That said, he’s not expected to be able to play this week against the Raiders.
Cutler seems to be on track to play in Week 5, unless he has a setback with his injured hamstring.

Arian Foster’s Week 4 status against the Falcons is still up in the air, although there have been some recent reports of optimism about his status around the Texans locker room.
Foster is dealing with a groin injury that has kept him out of action all year so far. There’s a chance he could be a game-time decision this week, barring a setback.

The Bills’ Sammy Watkins will likely be out of action against the Giants this week. He’s dealing with a calf strain.
Calf strains have plagued at least a few notable NFL players so far this year, and they’re difficult injuries to nail down. Look for Watkins and the Bills to focus past this Sunday.

We’re still in a holding pattern when it comes to the status of Saints QB Drew Brees for Week 4 against Dallas.
The good news is that Brees took a majority of the first-team reps yesterday at practice and is reportedly improving each day. Best-case scenario, we may find out about his status tomorrow. If not, he’ll be a game-time decision.

The Packers don’t need any more bad news on their receiving corps, but yesterday they got it. Davante Adams is currently in a walking boot, thanks to a left ankle injury re-aggravated in Week 3.
It looks like a sprain, possibly of the high-ankle variety. We doubt he’ll play this weekend.

The Cardinals’ Andre Ellington appears to be a coin-flip for Week 4 against the Rams. He’s dealing with a PCL injury and was limited yesterday at practice.

The pick in this article is the opinion of the writer, not a Sports Chat Place site consensus.
Previous Pick
Top Ten Worst 2015 NFL Week 3 Injuries
Next Pick
Steelers vs. Ravens - 10/1/15 NFL Pick, Odds, and Prediction