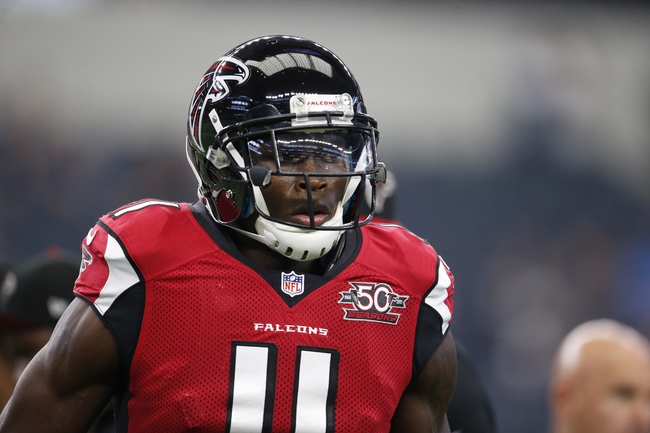 Now that the Ravens and Steelers have finished up, Week 4 of the 2015 NFL season is officially underway. We’ve got plenty of headlines and stories to catch up on, so let’s see what everyone is talking about out there.

Ravens-Steelers Wrap-Up: Steelers fans are pretty depressed this morning, as their team went down in overtime last night on “Thursday Night Football” to the archrival Ravens 23-20.
Justin Forsett was the major offensive contributor here, with 150 rush yards in what was by far his best performance of the season. Kicker Justin Tucker was perfect on the night, ending the game on a 52-yarder for his team‘s first win of the year.
The Steelers offense sputtered without Ben Roethlisberger, going just 2-of-13 on third downs and 0-for-2 on fourth downs. They whiffed on a couple of the latter plays in the overtime period, which could have gotten them the win.

The Bears’ Alshon Jeffery simply can’t get healthy. The latest news on him is that he’s reportedly over his calf injury, but now is troubled by a hamstring issue.
Jeffery should be okay for the Raiders game on Sunday, but who knows what kind of numbers he’s going to be putting up.

Let’s check out a couple of Falcons injury items while we’re at it. RB Devonta Freeman was limited yesterday in practice, as was WR Julio Jones.
Freeman is dealing with a toe injury, and Jones has issues with his toe and hamstring. Both players seem to be on track for Week 4, but we’ll keep an eye on them the rest of this week.

There’s still not much certainty out there regarding the status of Seahawks RB Marshawn Lynch. He seems to be a 50-50 shot as to whether or not he’ll play Monday night.
Lynch has been dealing with a hamstring injury and probably won’t practice at all this week. We’d imagine he’ll be a game-time decision Monday.

Buccaneers RB Doug Martin sustained an injury to his knee during yesterday’s practice. The good news is that the team doesn’t seem to think it’s a huge deal, but fans will still want to keep an eye on the situation.

The pick in this article is the opinion of the writer, not a Sports Chat Place site consensus.
Previous Pick
Steelers vs. Ravens - 10/1/15 NFL Pick, Odds, and Prediction
Next Pick
Top Ten Most Consecutive NFL Games With a Touchdown Pass