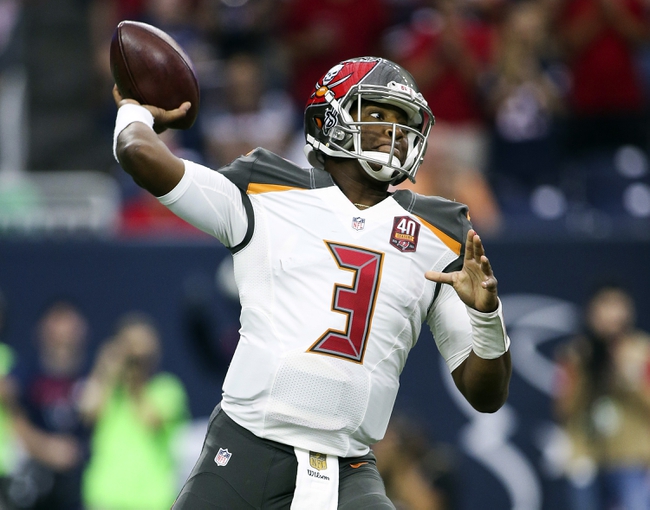 The Carolina Panthers look to remain unbeaten as they take the road for the second time. Cam Newton is completing 56.6 percent of his passes for 685 yards, five touchdowns and two interceptions. Newton has a touchdown pass in nine straight games. Greg Olsen and Ted Ginn Jr. have combined for 403 receiving yards and three touchdowns while Corey Brown has five receptions. The Carolina Panthers ground game is averaging 132 yards per contest, and Jonathan Stewart leads the way with 170 yards on 49 carries. Defensively, Carolina is allowing 16 points and 315 yards per game. Thomas Davis leads the Panthers with 25 tackles, Mario Addison has two sacks and Josh Norman has two interceptions. Jerricho Cotchery and Luke Kuechly are questionable while Charles Johnson is likely out.

The Tampa Bay Buccaneers look to get to a .500 record and win their first home game. Jameis Winston is completing 52.2 percent of his passes for 678 yards, four touchdowns and three interceptions. Winston has been sacked seven times in three games. Vincent Jackson and Louis Murphy have combined for 288 receiving yards and one touchdown while Mike Evans has seven receptions. The Tampa Bay Buccaneers ground game is averaging 96 yards per contest, and Doug Martin leads the way with 176 yards on 46 carries. Defensively, Tampa Bay is allowing 26.7 points and 348.3 yards per game. Lavonte David leads the Bucs with 27 tackles, Jacquies Smith has four sacks and Kwon Alexander has four pass deflections. Evan Smith and Major Wright are questionable.

When you combine the Panthers defense and the Bucs struggles to run the football, you get a rookie quarterback having to win a football game by himself. Winston is simply not ready or talented enough yet to do just that.

The Panthers have something going right now and should be able to get the job done against a Tampa Bay team that's still trying to find itself.