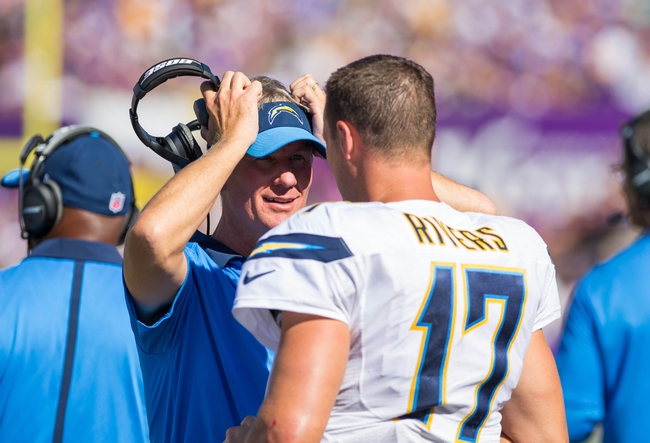 The Cleveland Browns hope to get back to .500 and win their first road game of the season. Josh McCown is completing 57.9 percent of his passes for 390 yards, two touchdowns and one interception. McCown has thrown a pick in eight of his last 10 games. Travis Benjamin and Gary Barnidge have combined for 409 receiving yards and five touchdowns while Brian Hartline has seven receptions. The Cleveland Browns ground game is averaging 86.3 yards per contest, and Isaiah Crowell leads the way with 128 yards and one touchdown. Defensively, Cleveland is allowing 24 points and 395.7 yards per game. Karlos Dansby leads the Browns with 25 tackles, Armonty Bryant has 2.5 sacks and Donte Whitner has two pass deflections. Desmond Bryant, K'Waun Williams and Scott Solomon are questionable.

The San Diego Chargers look to snap a two-game skid and remain unbeaten at home. Philip Rivers is completing 74.5 percent of his passes for 890 yards, five touchdowns and four interceptions. Rivers has thrown an interception in nine straight games. Keenan Allen and Stevie Johnson have combined for 484 receiving yards and four touchdowns while Malcom Floyd has seven receptions. The San Diego Chargers ground game is averaging 105.7 yards per contest, and Melvin Gordon leads the way with 190 yards on 44 carries. Defensively, San Diego is allowing 27.7 points and 325 yards per game. Eric Weddle leads the Chargers with 27 tackles, Kyle Emanuel has a sack and Melvin Ingram has three pass deflections. D.J. Fluker, Brandon Flowers and Jacoby Jones are questionable.

The Chargers are a different team at home and hve actualy won nine of their last 12 regular season home games SU. I like the Browns far more when Johnny Manziel is at quarterback, as he brings some life to the offense. I don't trust Cleveland at all when old man McCown is under center.

I'll gladly take San Diego by a touchdown on its home field.

The pick in this article is the opinion of the writer, not a Sports Chat Place site consensus.
Previous Pick
New York Jets at Miami Dolphins (London) 10/4/15 NFL Score, Recap, News and Notes
Next Pick
Cardinals vs. Rams - 10/4/15 NFL Pick, Odds, and Prediction