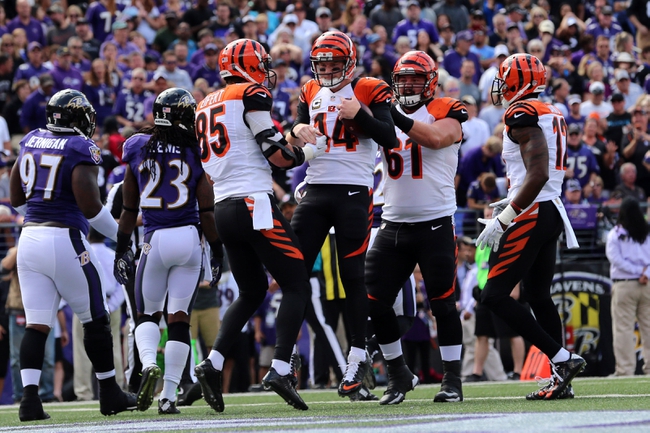 The Cincinnati Bengals and the Kansas City Chiefs face off on Sunday at Paul Brown Stadium in week 4 NFL action.

The Cincinnati Bengals are off to a 3-0 start and have established themselves as one of the top teams in the NFL this season. The Bengals offense is averaging 28.3 points and 414.3 yards per game and they are plus two in turnover ratio. Bengals QB Andy Dalton has completed 66.3 percent of his passes with eight touchdowns and one interception. Giovanni Bernard anchors the Cincinnati rushing attack with 235 yard while A.J. Green has 18 catches and three touchdowns and Tyler Eifert has 13 catches and three touchdowns. The Bengals defense is allowing 18.7 points and 332.7 yards per game with three interceptions, Six sacks, and four fumble recoveries. Adam Jones is Cincinnati’s leading tackler with 25, Vincent Ray has 21, and Rey Maualuga has 17 tackles. If the Bengals can stay healthy they have a chance to go all the way.

The Kansas City Chiefs are 1-2 this season after losing their last two games. The Chiefs offense is averaging 26.3 points and 323.3 yards per game and they have a minus three turnover ratio. Chiefs QB Alex Smith has completed 63.3 percent of his passes with four touchdowns and three interceptions. The Kansas City running game is led by Jamaal Charles who is averaging 4.8 yards per carry and he has four rushing touchdowns and 14 receptions while Jeremy Maclin is the top receiver with 17 catches and Travis Kelce has 16 catches. The Chiefs defense is allowing 29.7 points and 381 yards per game with two interceptions, nine sacks, and one fumble recovery. Jaye Howard leads KC in tackles with 20, Derrick Johnson has 18, and Ron Parker has 16. The Chiefs need to turn around the turnover ratio to turn their season around.

The Under has hit six of the last seven times these two have met and I expect it to hit again here and that is my free pick.