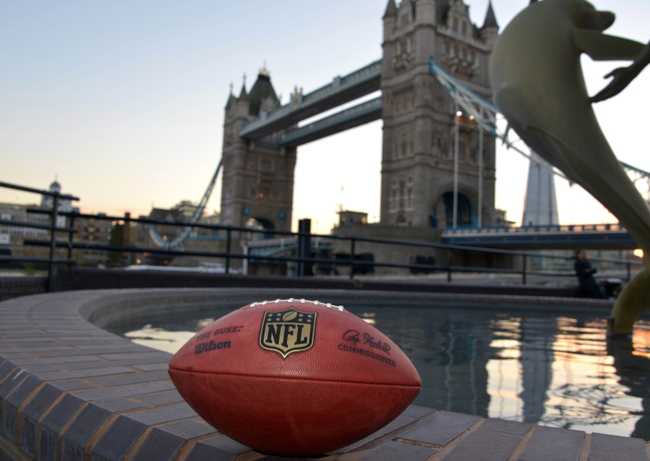 The Jets and Dolphins meet up across the pond as the AFC East rivals head to Wembley Stadium in London, England on Sunday.

The New York Jets look to shake off a tough loss at home against the previously winless Philadelphia Eagles as they head to the “road” to take on the Dolphins in an AFC East divisional show down. The Jets won their first two games of the season with conviction but were dealt a blow by a desperate Philadelphia side in a game where they didn't really show up but have a chance in this one to get back in the win column against a Dolphins team who was putrid in their home opener last weekend. New York will go toe to toe on the defensive side of the ball and try to outduel Miami's underachieving offense that was expected to be among the league's best this season under Ryan Tannehill but so far they have fallen flat and against a great defense like New York's in unfamiliar territory they could be in for a tough morning in the UK.

The Dolphins are hoping a trip away from the United States will solve their offensive woes and get them back on track in this their supposed breakout season and one where they were supposed to challenge the Patriots for the AFC East title. Miami hasn't been able to generate anything offensively and their defense has been called upon too frequently to bail them out and unfortunately they haven't been able to find a groove and sit at 1-2 on the year with losses to Jacksonville and Buffalo. These games always seem to be a crapshoot as the elements of traveling overseas and the absence of a clear cut home field advantage will play a factor and with all things considered I'm going with the team whose defense is playing better and that is New York.

The pick in this article is the opinion of the writer, not a Sports Chat Place site consensus.
Previous Pick
Saints vs. Cowboys - 10/4/15 NFL Pick, Odds, and Prediction
Next Pick
Dallas Cowboys at New Orleans Saints 10/4/15 NFL Score, Recap, News and Notes