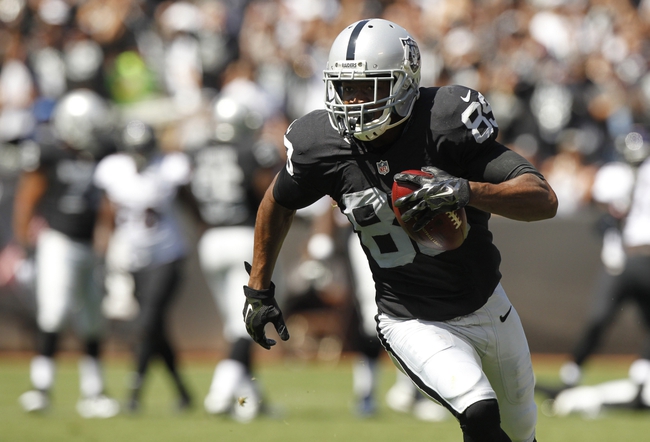 The Raiders head into the Windy City looking for their third win in a row while the home side looks to get their first of the season in front of what should be a hostile Soldier Field crowd.

The Oakland Raiders made some nice moves in the offseason via free agency and through the NFL draft and things are starting to take shape for the perennial doormats who are quickly becoming a dark horse team in the AFC West. The Raiders have a 2-1 mark through their first three weeks – all against AFC North opponents – and they can equal their win total from all of last season with a victory in Chicag on Sunday. Oakland's offense has been thriving under Derek Carr and with Amari Cooper catching passes already like a seasoned pro things are only going to get better, especially if Latavius Murray can keep rolling on the ground. Defensively, the Raiders need some work in the secondary as they have been torched by tight ends all season but on the whole they have looked good and the tandem of Aldon Smith and Khalil Mack are going to be a terror for opposing quarterbacks all season.

The Bears meanwhile are an absolute mess and will likely be without Jay Cutler and Alshon Jeffery again this weekend which won't help an offense that was blanked 26-0 against the Seahawks last weekend. Chicago has also started to unload some pieces and may not be done quite yet so with the fire sale, the talent level not there, and a big draft class coming up the Bears could very well be packing it in early this season unless they can get Cutler and Jeffery back in a hurry. Chicago did look good at times last weekend but that could have just been struggles the Seahawks have been having and while it is tough to trust the Raiders still especially on the road as they have just one win in their last calendar year I think they are the best bet in this spot here.