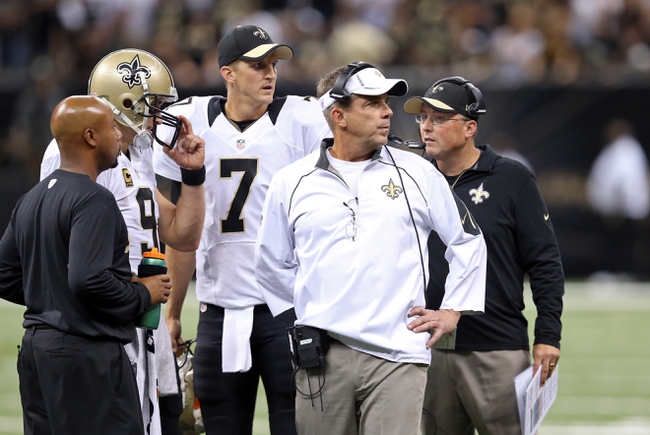 The Dallas Cowboys look to get off to an impressive 3-1 start and get their second road win. Brandon Weeden is completing 87.9 percent of his passes for 305 yards, one touchdown and one interception. Weeden has a touchdown pass in four of his last seven games. Lance Dunbar and Jason Witten have combined for 396 receiving yards and two touchdowns while Cole Beasley has 12 receptions. The Dallas Cowboys ground game is averaging 105.3 yards per contest, and Joseph Randle leads the way with 203 yards and three touchdowns. Defensively, Dallas is allowing 25 points and 317.7 yards per game. Sean Lee leads the Cowboys with 33 tackles, Anthony Hitchens has a sack and J.J. Wilcox has three pass deflections. Jeremy Mincey and Ronald Leary are questionable.

The New Orleans Saints are in a must-win situation after a rough 0-3 start. Luke McCown is completing 81.6 percent of his passes for 310 yards, zero touchdowns and one interception. Drew Brees is still questionable with a rotator cuff injury. Brandin Cooks and Mark Ingram have combined for 342 receiving yards while Marques Colston has 11 receptions. The New Orleans Saints ground game is averaging 76 yards per contest, and Ingram leads the way with 127 yards and two touchdowns. Defensively, New Orleans is allowing 28 points and 397 yards per game. Kenny Vaccaro leads the Saints with 20 tackles, Hau'oli Kikaha has two sacks and Brandon Browner has three pass deflections. Dannell Ellerbe, Jahri Evans and Keenan Lewis are questionable.

Drew Brees or no Drew Brees, the Saints look like a shell of themselves from years past. Meanwhile, the Cowboys have been pretty consistent and have actually won eight straight NFC road games. The Saints have to show me something before I get back to trusting them, even at home where they play better.

I like Dallas and the free field goal, as I'm picking the Cowboys to win this outright.