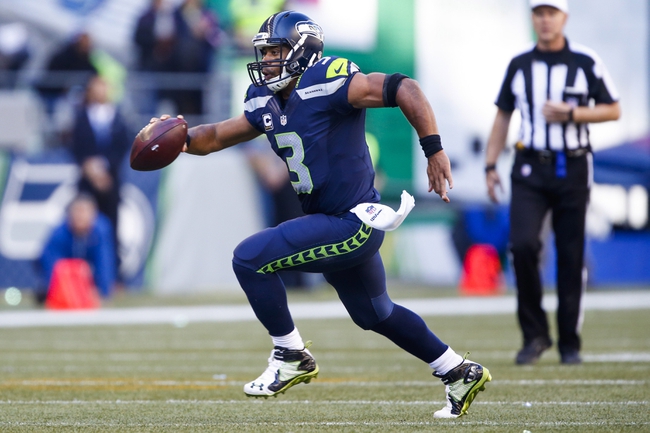 The Detroit Lions and Seattle Seahawks square off Monday night at CenturyLink Field.

The Detroit Lions are in a must-win situation after a tough 0-3 start to the year. Matthew Stafford is completing 64.1 percent of his passes for 814 yards, five touchdowns and five interceptions. Stafford has a touchdown pass in seven of his last eight games. Calvin Johnson and Golden Tate have combined for 360 receiving yards and one touchdown while Theo Riddick has 15 receptions. The Detroit Lions ground game is averaging 45 yards per contest, and Ameer Abdullah leads the way with 82 yards and one touchdown. Defensively, Detroit is allowing 27.7 points and 395.7 yards per game. Stephen Tulloch leads the Lions with 23 tackles, Ezekiel Ansah has two sacks and Glover Quin has two interceptions. Ezekiel Ansah, Larry Warford and Brandon Pettigrew are questionable.

The Seattle Seahawks look to improve to a .500 record and stay unbeaten at home. Russell Wilson is completing 70.3 percent of his passes for 692 yards, four touchdowns and two interceptions. Wilson has a touchdown pass in nine of his last 10 games. Doug Baldwin and Jermaine Kearse have combined for 314 receiving yards and one touchdown while Jimmy Graham has 14 receptions. The Seattle Seahawks ground game is averaging 134 yards per contest, and Wilson leads the way with 137 yards on 24 carries. Defensively, Seattle is allowing 20.3 points and 286.3 yards per game. Bobby Wagner leads the Seahawks with 26 tackles, Michael Bennett has two sacks and Richard Sherman has two pass deflections. Brandon Mebane, Steven Terrell and Marshawn Lynch are questionable.

The Seahawks are almost unbeatable on their home field and are ready to go now that Kam Chancellor has decided to return to the team. However, the Lions are no pushover and would be even better if they had some sort of running game. Still, Johnson, Eric Ebron and Tate (A former Seahawk) provide enough horses to keep this game close.

I'll take the free points here in what should be a compeitive Monday night game.

The pick in this article is the opinion of the writer, not a Sports Chat Place site consensus.
Previous Pick
Bears vs. Raiders - 10/4/15 NFL Pick, Odds, and Prediction
Next Pick
Index of Free NFL Football Picks, Odds, Previews and TV Info For Week 4 2015: October 1 - October 5 2015