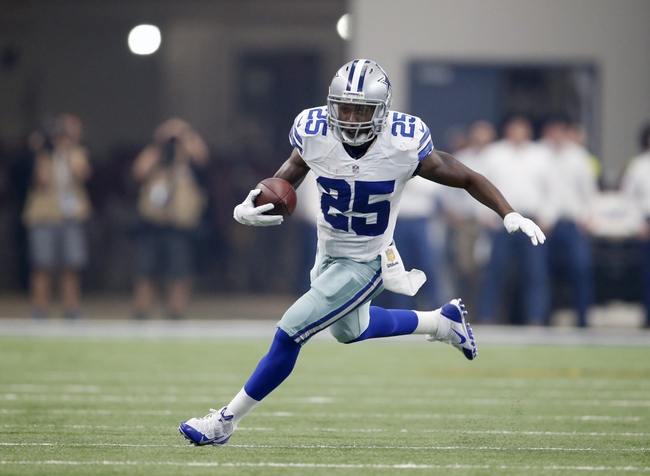 Now that the Lions and Seahawks have finished up, we’re all done with Week 4 in the NFL. There’s plenty to talk about this morning, so let’s check in with the headlines and see what’s happening out there.

Lions-Seahawks Wrap-Up: Most people figured the Seahawks and Lions would post a low-scoring game last night on “Monday Night Football,” and that’s pretty much what happened. It was a defensive battle which Seattle won 13-10, but all anyone will be talking about over the next couple of days is Kam Chancellor’s forced fumble on Calvin Johnson at the Seahawks 1-yard line. K.J. Wright would slap the ball out the back of the end zone (which could have been flagged for an illegal touch), effectively ending any chance the Lions had at a come-from-behind win.
Seattle is now 2-2, while the Lions fall to 0-4.

The Steelers’ Martavis Bryant should be good to go this week against the Chargers, or so the team believes.
Bryant started practicing again yesterday, so he’s likely healthy enough to play Monday.

In Colts news, QB Andrew Luck was able to chuck a couple of short screen passes yesterday at practice, which is good news for his injured shoulder.
The consensus seems to be that Luck’s status is still up in the air as the team moves toward an early Week 5 game on Thursday. We’ll see what he does at practice today and tomorrow.

In other Colts injury news, TE Dwayne Allen is still questionable with his ankle issue. We’ll get more of an update on him today.

The Cowboys just can’t seem to catch a break this year. RB Lance Dunbar suffered a torn ACL in his team’s loss to the Saints Sunday night, and he’ll be out of action for the year.
That leaves Darren McFadden and Joseph Randle to do the heavy lifting in the backfield and takes away a potent passing-down weapon for Dallas.

The Redskins are also going through some pretty intense injury situations on offense. Jordan Reed is suffering from what’s believed to be his fifth concussion since college. He’s also hurting from a sprained MCL and ankle.
Also of note: WR DeSean Jackson may be able to practice this week.

The pick in this article is the opinion of the writer, not a Sports Chat Place site consensus.
Previous Pick
Index of Free NFL Football Picks, Odds, Previews and TV Info For Week 4 2015: October 1 - October 5 2015
Next Pick
Top Ten Worst 2015 NFL Week 4 Injuries