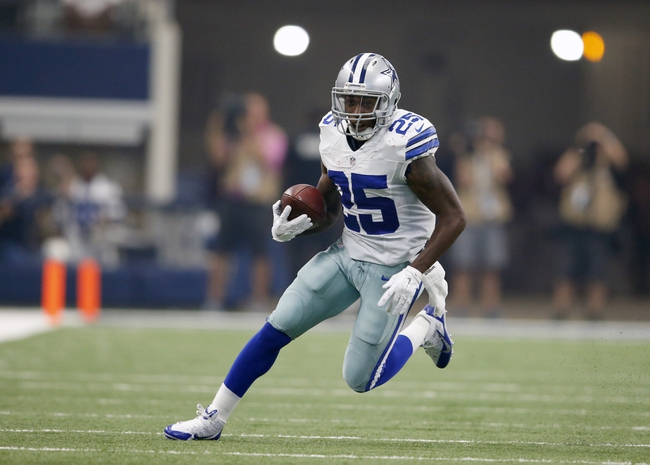 Which NFL Players Had the Worst Injuries in Week 4?

What a wild MNF that was. Comebacks, missed calls, the whole deal. Never a dull moment at CenturyLink Field. While we could spend the morning looking at Dan Blandino’s assessment of Kam Chancellor’s ball punch (as it shall henceforth be known), it’s injury report Tuesday in these parts. Below, you’ll see the top ten worst injuries of Week 4 in the NFL.

1. The Dallas Cowboys, who are already injury-laden with both Tony Romo and Dez Bryant on the sidelines for the foreseeable future, lost another player during Sunday’s heartbreaking loss to the New Orleans Saints. RB Lance Dunbar was assisted as he exited the field with a left knee injury. It has since been confirmed that Dunbar tore both his ACL and his MCL and will miss the remainder of the season. Another one bites the dust in the Big D.

2. While we’re talking Dallas, Cowboys LB Sean Lee left Sunday’s game with a concussion. Fortunately, as long as Lee can pass the standard concussion protocol, he should return for Week 5’s big game against the rested New England Patriots, in what will certainly be a tough contest for the beat-up ‘Boys. They’ll need all the help they can get.

3. St. Louis Rams LB Alec Ogletree was carted off the field with an ankle injury during the third quarter of Sunday’s major win over the Arizona Cardinals. It has been confirmed that Ogletree will undergo surgery to repair the ankle. The lineman will likely be placed on the injured reserve list with a designation to return.

4. The New York Jets were dropping like flies during Sunday’s win over the Miami Dolphins in London. S Calvin Pryor sustained a knee injury during the fourth quarter that has officially been ruled a bruise, not a tear. With the Jets going into their bye week, fans can hope that Pryor will return in time for the club’s Week 6 contest against the Washington Redskins.

5. New York Jets LB David Harris sustained a quadriceps injury that left him sidelined during Sunday’s game. Following the team’s win, both Harris and head coach Todd Bowles asserted that the issue was nothing major. It isn’t yet known if Harris will be active for Week 6, however. The other aforementioned Jets injuries include rookie DL Leonard Williams and RB Bilal Powell, who I won’t officially feature because the team has other solid options at both of their positions.

6. The Chicago Bears regained QB Jay Cutler during Sunday’s win over the Oakland Raiders, but lost veteran C Will Montgomery during the very first play of the game. Montgomery sustained a fractured left tibia and will miss the remainder of the season following a scheduled surgical procedure.

7. The Miami Dolphins are down a head coach after Joe Philbin’s release yesterday and they could be down a starting corner as well. CB Brent Grimes left Sunday’s loss to the New York Jets in the first quarter with an apparent knee injury. There’s been no word from the team yet on Grimes’s status or the extent of his injury. I’ll give them a pass. They’ve been a little distracted for the past 24 hours.

8. Following a hard hit by Cleveland Browns LB Nate Orchard, San Diego Chargers WR Malcom Floyd exited Sunday’s narrow win with a concussion. It is hoped that Floyd will pass the concussion protocol and be cleared to return for next week’s Monday Night Football game against the Pittsburgh Steelers.

9. Jacksonville Jaguars LT Luke Joeckel exited Sunday’s overtime loss to the Indianapolis Colts with an ankle issue on two different occasions. Joeckel initially tried to play through the injury, then left the game for good. It is believed that Joeckel suffered nothing more than a sprain and will likely be active for Week 5’s contest in Miami.

10. Washington Redskins TE Jordan Reed left Sunday’s win over the Philadelphia Eagles with a concussion. In addition to this, Reed also found himself dealing with a sprained MCL. If he cannot get cleared in time for Week 5’s game against the surging Atlanta Falcons, the status of the ‘Skins’ passing game will be up-in-the-air, literally.

The pick in this article is the opinion of the writer, not a Sports Chat Place site consensus.
Previous Pick
Top Ten Takeaways From Week 4 in the NFL
Next Pick
Top Ten 2015 Week 5 NFL Match-Ups