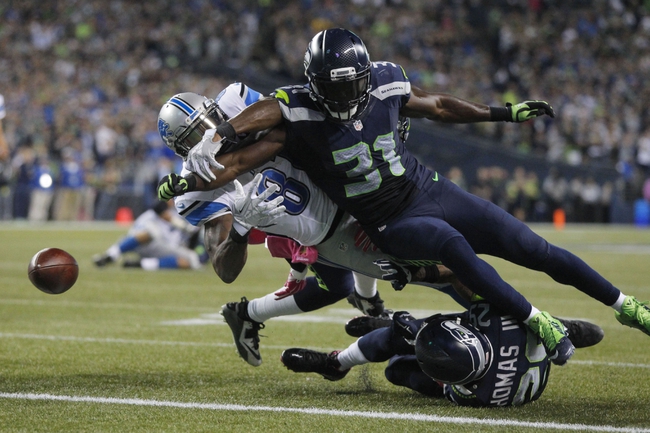 The Best NFL Games to Watch This Weekend

Now that NFL bye weeks are in full effect, my Wednesday articles' pickings have gotten a little slimmer. Nonetheless, we’ll still take a look at the top ten games of the weekend for Week 5.

The Seahawks might not be quite the team they were a few years ago, but going up against the Legion of Boom will still give the Bengals a chance to prove just how good they really are. Can they remain one of the league’s unbeatens against Kam Chancellor and his crew?

I know it seems a little strange to put a contest between two struggling teams in the No. 2 spot today, but this is a battle to get out of the basement of the AFC North, so it could actually get pretty intense. I know I’m looking forward to it.

The Patriots are coming-off their bye week and the Cowboys are beyond banged-up, but I’m still intrigued to see how the ‘Boys solid offensive line protects Brandon Weeden against a Pats team that has yet to be beaten. Not to mention this game features two of the leagues premiere tight ends in Rob Gronkowski and Jason Witten.

The Raiders lost a close one to the Chicago Bears last week, so they should be playing angry ball in this division contest, which is always fun to watch. I also can’t wait to see how Derek Carr and Amari Cooper fare against a Broncos defense that has looked as good as any in the league.

The Colts haven’t exactly gotten off to the start everyone expected, but they’ll have a chance to sweep their first set of division match-ups tomorrow night in Houston. With a hurt Andrew Luck in JJ Watt's crosshairs and no Indy offensive line to speak of, it could turn into a very close game.

With the Packers favored by 9 points right now, even Vegas doesn’t think this is going to be much of a game. When we look at what the Rams have done to both the Seahawks and the Cardinals, though, it could be more interesting than it seems at first glance. I’m especially interested to see how rookie Todd Gurley fares at Lambeau Field.

The Redskins are somehow sitting at 2-2 as they travel to Atlanta to take-on an unbeaten Falcons team. I fully expect this to be an easy win for Matt Ryan and Co., but it should still be a fun contest to watch. Who hasn’t enjoyed Devonta Freeman's performance this season? Anyone? That’s what I thought.

This Monday night match-up against two 2-2 teams (one of which is without its star quarterback) doesn’t seem particularly thrilling, but when you think about the fact that the winner will stay alive in its division, while the loser may, um, not, it gets a little bit more exciting. Look for both teams to be playing hard for the W.

The Bills are frustrated after last week’s loss to the New York Giants and the Titans are coming-off their early bye week. I’m interested to see how Marcus Mariota looks after a month in the pros, particularly against a Bills defense that doesn’t want to lose two in a row. Also, keep your eye on Charles Clay in this one.

Yes, I know this is likely to be a blowout win for the 3-1 Cards, but I had to feature the last winless team in the league, just in case they manage to snag their first W at home this weekend. To say the Lions have struggled would be putting it nicely, but they’re sure to be playing with a chip on their collective shoulder after last week’s controversial call in Seattle, so we’ll see how this goes.

The pick in this article is the opinion of the writer, not a Sports Chat Place site consensus.
Previous Pick
Top Ten Worst 2015 NFL Week 4 Injuries
Next Pick
Texans vs. Colts - 10/8/15 NFL Pick, Odds, and Prediction