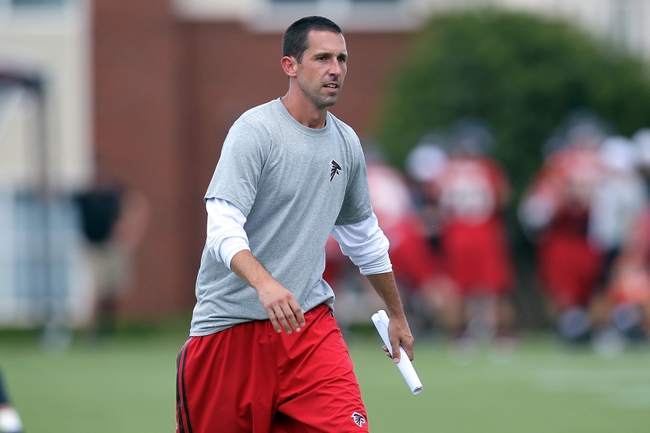 Who Is The Next Dolphins Head Coach?

Joe Philbin was finally fired as the Miami Dolphins head coach after driving a talented team into the ground and winning just 24 games in a little over three years. Dan Campbell has taken over as interim coach and Miami has the rest of the year to find a head coach who can get the Dolphins in the playoffs for the first time since 2008.

Here are some candidates to consider.

Dan Campbell - We might as well start with the guy who has 12 games to prove himself, right? Dan Campbell has been with the Miami Dolphins since 2010 and was the tight ends coach for five seasons. Campbell knows the players, can relate to the players considering he’s just 39 years old, and he already has the respect of the locker room. Judging by Campbell’s interview, he’s a no nonsense guy and is more than willing to hold each and every player accountable for their actions. Campbell is an old school football guy who is going to push these Miami players and try to get the very best out of them. This could be exactly what the Dolphins need. If Campbell can turn the Dolphins around even the slightest in these next 12 games, he’ll be the favorite to become the new head coach in Miami.

Chuck Pagano - Chuck Pagano’s contract is up at the end of this season and Miami owner Stephen Ross has deep pockets to make an offer at the free agent. Pagano is a very popular players coach who could provide a breath of fresh air in South Beach. Also, Pagano is winning 66.7 percent of games in a little over four seasons with the Colts. Pagano was a graduate assistant in 1986 in Miami and coached the Hurricanes defensive backs for five seasons in the late 90s, so he’s quite familiar with South Florida. Pagano is one of just a few established NFL coaches who could be on the market, making him a must call during the Miami Dolphins coaching search.

Kyle Shanahan - Every coordinator wants to become a head coach eventually, especially when your father was so successful back in the day. Kyle Shanahan is a bright offensive mind who is currently lighting things up with the Atlanta Falcons. In eight seasons of running offenses, Shanahan has ranked in the top-10 in the league in yards five times and is currently third in points with his undefeated Falcons. Shanahan could bring some excitement back to miami and even get the best out of promising quarterback Ryan Tannehill. Also, Shanahan interviewed for the Dolphins offensive coordinator job back in 2014. Although Shanahan is putting in work with the Falcons, a head coaching offer would be tough to pass up at 35 years old.

Mike Shula - Mike Shula has been one of the more consistent offensive coaches for a while now, as his offenses have finished 14th or better in points scored in five of his seven seasons. Shula also has some head coaching experience with the Alabama Crimson Tide, but he’s certainly done his best work at the NFL level. Shula also spent some time coaching the Miami Dolphins in the early 90s and early 2000s. Of course, there’s also the fact that Shula is the son of the legendary Don Shula, who happens to be a Hall of Fame coach who took the Dolphins to multiple Super Bowls, an undefeated record and won 328 regular season games. If Ross wants to make a major splash and Shula is up for the pressure, this hire would be interesting to say the least.

Sean Payton - The New Orleans Saints seem to be on a downward spiral and that’s usually a time where coaches look to bail if an opportunity presents itself. If that’s the case with Sean Payton, the Dolphins need to jump on it. Payton has won 81 games since taking over New Orleans in 2006, and that includes a Super Bowl victory and five playoff appearances. Mike Tannenbaum is a Bill Parcells guy and so is Payton, so there’s already a connection between the two. Payton sees the Saints taking a backseat in an improved division and Brees isn't getting any younger. Why not trade New Orleans for South Beach?

The pick in this article is the opinion of the writer, not a Sports Chat Place site consensus.
Previous Pick
Texans vs. Colts - 10/8/15 NFL Pick, Odds, and Prediction
Next Pick
Top Ten 2015 Week 5 NFL Players to Watch