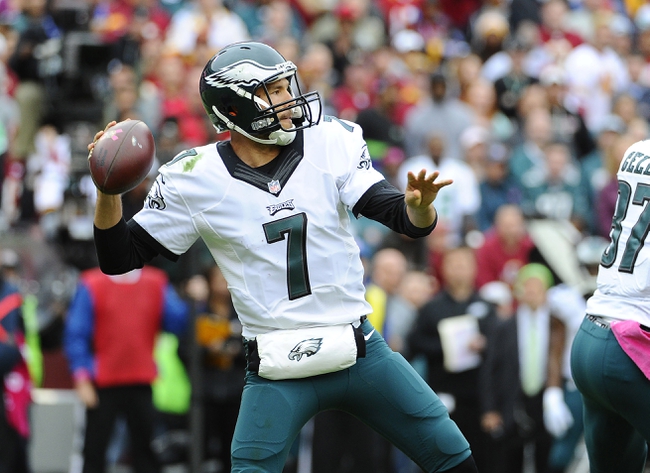 The New Orleans Saints need a win here to climb out of a 1-3 hole to start the year. Drew Brees is completing 68.5 percent of his passes for 969 yards, four touchdowns and two interceptions. Brees has topped 300 passing yards in five of his last nine games. Willie Snead and Brandin Cooks have combined for 455 receiving yards and one touchdown while Marques Colston has 15 receptions. The New Orleans Saints ground game is averaging 82.8 yards per contest, and Mark Ingram leads the way with 204 yards and two touchdowns. Defensively, New Orleans is allowing 26 points and 381.5 yards per game. Hau'oli Kikaha leads the Saints with 26 tackles, Brandon Browner has four pass deflections and Cameron Jordan has three tackles for loss. Jahri Evans and Thomas Morstead are questionable.

The Philadelphia Eagles could also use a big win after a rough 1-3 start of their own. Sam Bradford is completing 60.7 percent of his passes for 948 yards, six touchdowns and four interceptions. Bradford has thrown a touchdown pass in 15 straight games. Jordan Matthews and Darren Sproles have combined for 399 receiving yards and one touchdown while Zach Ertz has 10 receptions. The Philadelphia Eagles ground game is averaging 70 yards per contest, and Ryan Mathews leads the way with 132 yards and one touchdown. Defensively, Philly is allowing 21.5 points and 373.5 yards per game. Malcolm Jenkins leads the Eagles with 31 tackles, Connor Barwin has two sacks and Walter Thurmond III has two interceptions. Cedric Thornton, Taylor Hart and Chris Maragos are questionable.

I've made a killing over the past couple of seasons fading the Saints on the road. The Saints simply aren't the same team on the road as they are when playing in their dome. Also, the Eagles need this game if they're going to quiet the critics, get folks off of Chip Kelly's back and simply get back in the playoff race.

I expect the Eagles to have a breakout game against the Saints lackluster defense and get the victory/cover here.