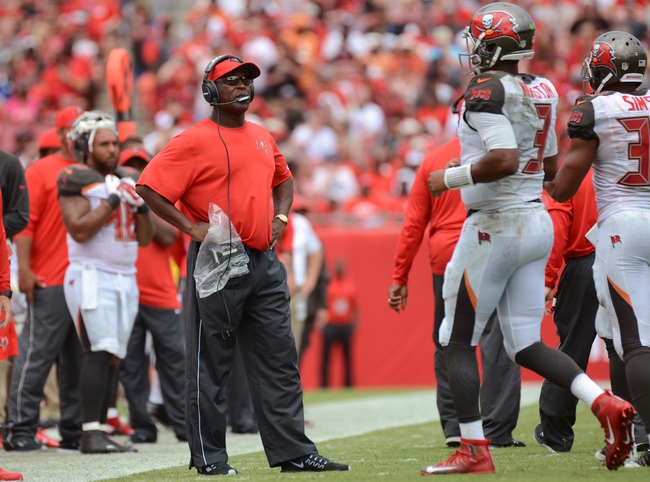 The Jacksonville Jaguars could use a big road win to bounce back from a 1-3 start. Blake Bortles is completing 54.5 percent of his passes for 996 yards, six touchdowns and three interceptions. Bortles has a touchdown pass in seven of his last 10 games. Allen Robinson and Allen Hurns have combined for 644 receiving yards and four touchdowns while Clay Harbor has seven receptions. The Jacksonville Jaguars ground game is averaging 104.5 yards per contest, and T.J. Yeldon leads the way with 259 yards on 70 carries. Defensively, Jacksonville is allowing 26.8 points and 361.5 yards per game. Paul Posluszny leads the Jags with 39 tackles, Ryan Davis has 2.5 sacks and Davon House has four pass deflctions. Marqise Lee, Sen'Derrick Marks and Sergio Brown are questionable.

The Tampa Bay Buccaneers also need a victory after a quick 1-3 start to the season. Jameis Winston is completing 54.9 percent of his passes for 965 yards, six touchdowns and seven interceptions. Winston is throwing a pick on 5.3 percent of his passes. Vincent Jackson and Louis Murphy have combined for 461 receiving yards and two touchdowns while Mike Evans has 10 receptions. The Tampa Bay Buccaneers ground game is averaging 107.3 yards per contest, and Doug Martin leads the way with 282 yards and one touchdown. Defensively, Tampa Bay is allowing 29.3 points and 322.3 yards per game. Lavonte David leads the Bucs with 33 tackles, Jacquies Smith has four sacks and Kwon Alexander has four pass deflections. Evan Smith, Johnthan Banks and Luke Stocker are questionable.

The Jaguars have shown a little bit more this season than the Bucs, as they beat the Dolphins, hung around with the Panthers and should have beat the Colts on the road last week. The Bucs are far younger and seem to still be going through the motions with a rookie QB. Jacksonville still isn't good but it competes and should be able to win this game outright.