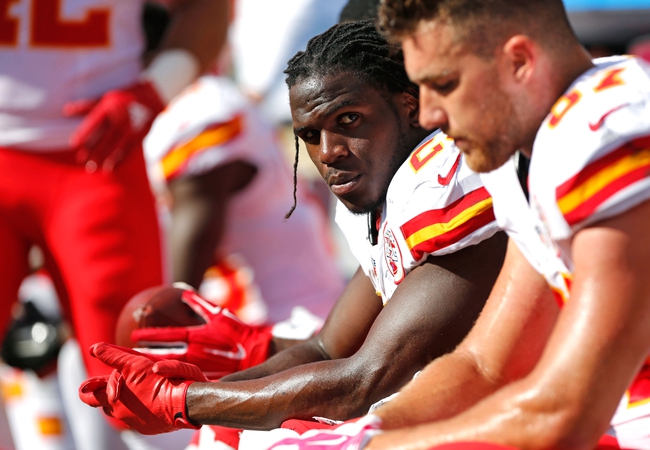 The Chiefs look to get back in the win column as they return to Arrowhead on Sunday to face a Bears team coming off their first win of the season.

The Bears got in the win column thanks to a last second boomer from Robbie Gould and some key 4th down conversions and as a reward for their win the Bears get to go into one of the loudest stadiums in football to face a team who desperately needs a victory. Jay Cutler came back last week in a surprise to most people and was head and shoulders above where Jimmy Clausen was the week before and with their captain back in the ship the Bears could very well rifle off a few wins here and get back in the playoff picture. But likely not. This Bears group is not a playoff caliber team and after a win last week we should see them revert back to their ways that have many thinking they will draft in the top three in the off season despite playing a Kansas City defense that hasn't played well in the secondary.

The Chiefs are 1-3 on the year and still have a very sour taste in their mouths after the loss to the Denver Broncos a couple weeks ago but the time is now for the Chiefs who need a victory here to get back in the hunt in the AFC West. Kansas City was expected to be a playoff team in the preseason and they could very well get there with a better finish to the season and with the pieces they have on both sides of the ball they are a deserving group if they can put it all together. Jamaal Charles will need to have a big game here and take the pressure off Alex Smith and I think that is exactly what we will see and despite the Chiefs' defense not playing up to par I think we are due for a breakout effort from them in what could be a blow out for the home side.