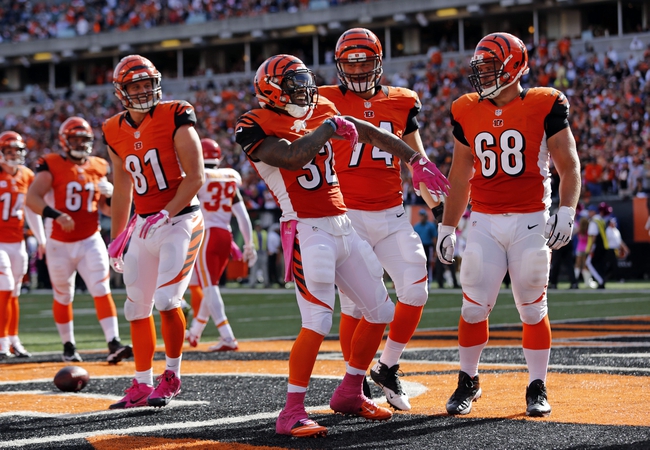 The Bengals look to stay undefeated with another home victory against the visiting Seahawks who have won back to back games thanks to their stifling defense.

The Seahawks head into Cincy on Sunday lokoing for their third straight victory but will have to do so once again without Marshawn Lynch who will be on the sidelines with an injury which means we will see Thomas Rawls in once again. Seattle caught a huge break last weekend against the Lions as the referees made the wrong call at the end of the Calvin Johnson fumble which should have placed the ball at the one yard line thanks to an illegal batted ball but the call wasn't made and as such the touchback was enforced and the Hawks ran out the clock on the Lions. This week though the Seahawks have a much different task as the Bengals are 4-0, have just as good of a defense as Seattle does, and have Andy Dalton playing at a high level which has opened up the ground game and vice versa.

The Bengals have had some scares this season but in the end they are a perfect 4-0 and can move to 5-0 against a Seahawks team who has won two in a row but still seems a bit off by their standards. Cincy will key in on Jimmy Graham who despite having a tough go through four weeks remains their best receiving option and with Rawls still being a bit raw and not the runner that Lynch is the Bengals defense can stack the box and force Russell Wilson to throw down field to Lockett, Kearse, or Baldwin. This Cincy team has a swagger about them and while I can see a Seattle victory here I think we are more likely to see the home side continue to do what they do and in the end I think at a low number the Bengals get the win and the cover.