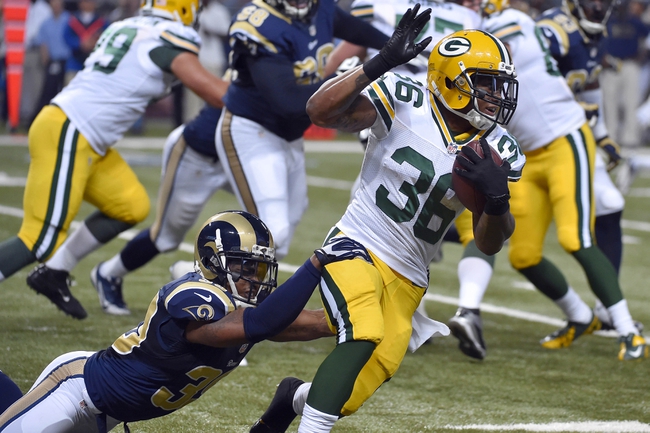 The Packers look to stay unbeaten when they return home to Lambeau on Sunday to face off against a Rams team who has been Jekyll and Hyde through four weeks.

The Rams head into Green Bay looking to jump above the .500 mark but they will be in tough against a Packers side who has been lights out at home under Aaron Rodgers and has won all four games this season with ease. St. Louis has two losses against the Redskins and Steelers, respectively, but has impressive wins over the Seahawks and Cardinals and now with Todd Gurley as the feature back the Rams could very well go on a run in the NFC West but until they can develop some sense of consistency in the way they play the game they are going to be a tough team to back especially against the league's elite.

The Packers remain undefeated and can push their mark to 5-0 with a win on Sunday and with Rodgers at home it is pretty well a lock at this point to assume they will get the victory. Green Bay hasn't missed a beat without Jordy Nelson and while that may come into play as the season moves along they will continue to ride the wave of James Jones who has become Rodgers' favourite red zone target and the tandem has been great so far. Green Bay are double digit favourites for a reason and while they had no issues in this spot against the Chiefs a couple weeks back I think the Rams have found something in Gurley and may be able to keep this one close by successfully running the ball and keeping Rodgers off the field.