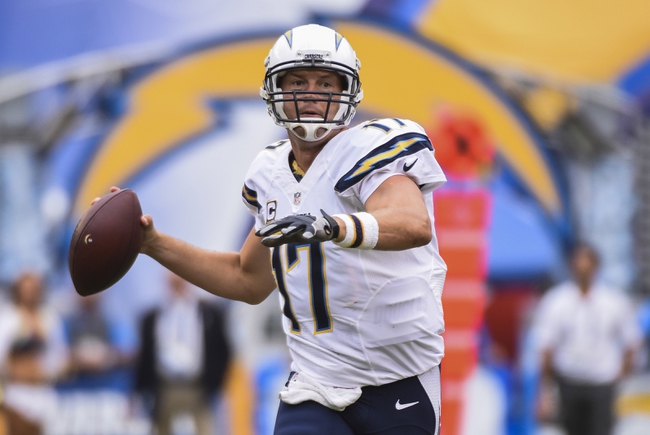 The Pittsburgh Steelers could use a big road win to get a game above a .500 record. Michael Vick is completing 75 percent of his passesfor 162 yards, one touchdown and zero interceptions. Vick has nine touchdown passes since 2013. Antonio Brown and Darrius Heyward-Bey have combined for 673 receiving yards and four touchdowns while Markus Wheaton has eight receptions. The Pittsburgh Steelers ground game is averaging 111.8 yards per contest, and DeAngelo Williams leads the way with 211 yards and three touchdowns. Defensively, Pittsburgh is allowing 18.8 points and 346 yards per game. Lawrence Timmons leads the Steelers with 30 tackles, Stephon Tuitt has 3.5 sacks and Antwon Blake has three pass deflections. Cortez Allen, Daniel McCullers and Ryan Shazier are questionable.

The San Diego Chargers look to remain unbeaten at home and get a game above a .500 record. Philip Rivers is completing 70.7 percent of his passes for 1,248 yards, eight touchdowns and four interceptions. Rivers has two or more touchdown passes in four of his last six games. Keenan Allen and Stevie Johnson have combined for 592 receiving yards and five touchdowns while Danny Woodhead has 16 receptions. The San Diego Chargers ground game is averaging 102 yards per contest, and Melvin Gordon leads the way with 228 yards on 56 carries. Defensively, San Diego is allowing 27.5 points and 351.8 yards per game. Eric Weddle leads the Chargers with 38 tackles, Jeremiah Attaochu has two sacks and Melvin Ingram has three pass deflections. Stevie Johnson, Chris Watt and Jacoby Jones are questionable.

The Steelers are loaded with offensive playmakers to the point they can hang with the Chargers in the scoring department. Also, the Steelers defense hasn't been too shabby, as it's ranked seventh in points allowed. Big Ben or not, the Steelers can hang in this game and will have a chance to win outright. I also love the fact Pittsburgh has had a mini bye week after playing last Thursday.

While the Chargers are tough at home, I like the value of the Steelers and the points here.

The pick in this article is the opinion of the writer, not a Sports Chat Place site consensus.
Previous Pick
Packers vs. Rams - 10/11/15 NFL Pick, Odds, and Prediction
Next Pick
Week 5 2015 NFL Football Picks, Odds, Previews and TV Info: October 8 - October 12 2015