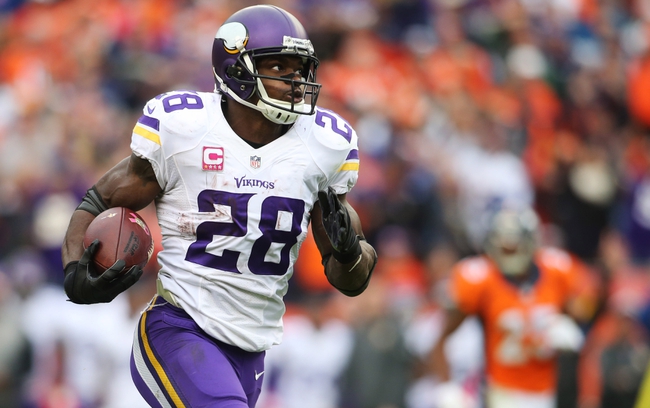 The NFL Survivor world took another serious blow over the weekend as some favourable match ups turned out to be heart breakers and now many others are in tears. For those of you that are left, here are this week's NFL Survivor Top Plays, Pool Breakers, and Pool Makers.

Oh, great. The Green Bay Packers are on the list. It shouldn't come as a surprise as they are lights out at home under Aaron Rodgers and while teams may be closer to knocking off the Pack at Lambeau I just don't see it being the San Diego Chargers. Green Bay's defense was stifling against the Rams last week and the offense continued to roll and while many people have already used the Packers for those of you who have hung onto them this is as good a spot as any to lock in to Green Bay and move on to next week.

The Chiefs begin life (again) without Jamaal Charles as the prized running back went down with a torn ACL and will be out for the rest of the season giving way to a tandem of backs in Knile Davis and Charcandrick West that together will struggle to eat up the yards that Charles nets. Kansas City's season is all but lost anyway as they have struggled out of the gate and will likely land a favourable draft pick at this rate and now they head to the road to face a Vikings team who has been rolling since their opening week loss and are coming off a bye? Adrian Peterson should have a field day and the porous KC defense will have to contend with speedsters in Mike Wallace and Cordarrelle Patterson? Yikes. Take the Vikings.

Eeeek. I know. The Eagles have been a circus so far this season but they gained some serious head way last week especially on offense and now they get their division rivals with a chance to take over top spot in the NFC East on Monday Night Football? Chip Kelly has been scrutinized heavily so far in his tenure with the Eagles but he does run an interesting offense that keeps teams guessing and with a game that has all the makings to be a shootout with the Giants you have to think the Eagles will be geared up. Demarco Murray had his best game in an Eagles uniform and if he can continue to find success on the ground in this one then Philly shouldn't have any problems despite Shane Vereen seemingly figuring things out for the New York ground game.

Another football season started and another Buffalo Bills season hanging in the balance as the preseason AFC dark horse sits at 3-2 and host a 5-0 Bengals team at the Ralph. The Bills looked like world beaters in week one and were actually favourites against the Patriots in week two but a couple of lackluster efforts over the last two weeks that luckily landed them a split thanks to Tennessee’s issues has them at a critical point in their season. The Bengals meanwhile remain unbeaten despite some close calls over the last two weeks against the Ravens and Seahawks and now they get their third tough game in a row against a Buffalo defense looking to reassert themselves. This game is a coin flip and if you didn't already wipe this game from possibility I'd suggest you do it now

We are in a tough spot here trying to find games to stay away from but this one is a no brainer. The NFC North was supposed to be among the most competitive in football this season but thanks to these two teams who have a combined 2-8 record the Packers and Vikings are in good shape. The Bears have won back to back games but beat the Raiders and Chiefs to do so and while they could very well take down the Lions in this spot I wouldn't trust either team at the moment. Matt Stafford was benched in favour of Dan Orlovsky last week and that is never a good sign to have your franchise quarterback and former first overall selection sitting on the bench in favour of Dan Orlovsky. This game could be a shootout and I would suggest staying far away from it in Survivor, wagering, or even watching.

The Jets return home from London with a ton of momentum after laying a beating on the Miami Dolphins and they can move to an impressive 4-1 with a win at Met Life on Sunday against the Redskins. Washington meanwhile fell back to 2-3 after last weekend and while still in the mix in the abysmal NFC East it could be their undoing starting Sunday against a solid Jets football team. New York doesn't have the flashiest team as guys like Ryan Fitzpatrick and Chris Ivory are running the show but they are a complete team and with Brandon Marshall catching balls and the defense being among the league's best I think the Jets steam roll the Redskins here and they are my pick as this week's pool makers.

The pick in this article is the opinion of the writer, not a Sports Chat Place site consensus.
Previous Pick
Top Ten Worst 2015 NFL Week 5 Injuries
Next Pick
Saints vs. Falcons - 10/15/15 NFL Pick, Odds, and Prediction