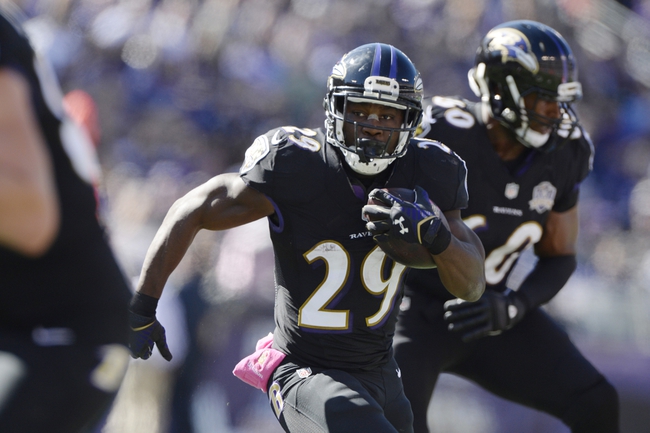 There’s just one more day to wait before the rest of the Week 6 games get going in the NFL. While we’re waiting, let’s check out some of the injury situations and other headlines in our daily wrap-up.

Good news for the Ravens’ Justin Forsett. He was able to return to practice yesterday after absences Wednesday and Thursday.
We probably won’t know whether or not Forsett is a full-go until near game time tomorrow, but there seems to be some cautious optimism surrounding the Ravens right now.

The Seahawks’ Marshawn Lynch earned a questionable tag for tomorrow’s game against the Panthers, but did practice Thursday and Friday.
Lynch seems to be trending toward a start, even with the Q tag.

Davante Adams of the Packers is questionable due to his ankle injury. He’s been limited in practice the past three days.
Adams doesn’t seem like he’ll be playing, given his comments late this week.

The Colts have a huge game tomorrow night against the Patriots, and they may have their No. 1 quarterback under center once again for that contest.
Andrew Luck is questionable with his shoulder injury, but the good news is that he was a full participant in yesterday’s practice. He’s been out the past two games but the general consensus seems to be that he’ll play.

The Lions’ Eric Ebron will not play tomorrow against the Bears. He’s out due to that knee injury, but should be able to get back to the field in Week 7.

The Eagles’ Ryan Mathews was a limited participant in yesterday’s practice due to a groin injury.
Philly doesn’t play until Monday, so we’ll find out some more on his status tomorrow.

The 49ers will likely not have RB Reggie Bush in tomorrow’s game against the Ravens. The good news, however, is that Carlos Hyde is expected to be able to play. He should see a heavy workload.

The Bills should have RB LeSean McCoy back on the field for tomorrow’s game. That said, he doesn’t sound like he’s completely past his hamstring injury.