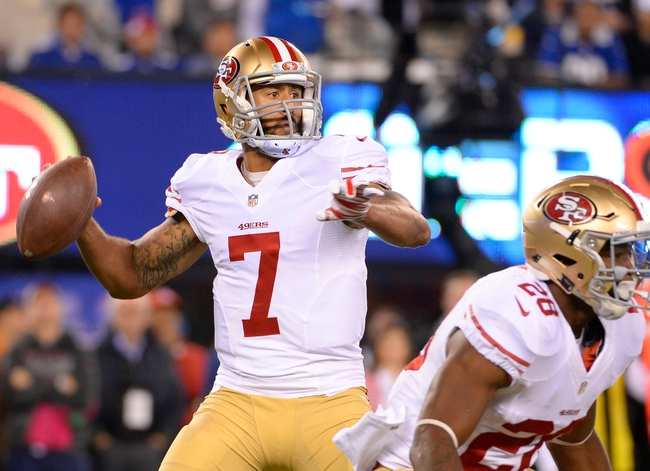 The Baltimore Ravens need to save their season here after a 1-4 start that includes a loss to the Browns. Joe Flacco is completing 62.4 percent of his passes for 1,262 yards, six touchdowns and five interceptions. Flacco has four touchdown passes in his last three games. Steve Smith and Kamar Aiken have combined for 616 receiving yards and three touchdowns while Crockett Gillmore has 10 receptions. The Baltimore Ravens ground game is averaging 118 yards per contest, and Justin Forsett leads the way with 395 yards and one touchdown. Defensively, Baltimore is allowing 27.4 points and 378.6 yards per game. Daryl Smith leads the Ravens with 46 tackles, Lawrence Guy has two sacks and Jimmy Smith has two interceptions. Elvis Dumervil, Justin Forsett and Steve Smith are questionable.

The San Francisco 49ers need a win in the worst way after losing four straight games. Colin Kaepernick is completing 62.9 percent of his passes for 989 yards, four touchdowns and five interceptions. Kaepernick has two touchdown passes in his last three games. Anquan Boldin and Torrey Smith have combined for 458 receiving yards and three touchdowns while Garrett Celek has 14 receptions. The San Francisco 49ers ground game is averaging 129 yards per contest, and Carlos Hyde leads the way with 375 yards and three touchdowns. Defensively, San Fran is allowing 28 points and 406.8 yards per game. NaVorro Bowman leads the 49ers with 44 tackles, Aaron Lynch has three sacks and Tramaine Brock has two interceptions. Ahmad Brooks and Vernon Davis are questionable.

The Ravens simply haven't impressed me at all this season and a SU loss to the Browns last week doesn't help. Meanwhile, the 49ers nearly beat the Giants on Sunday night and are starting to show more figt despite these losses piling up.

Based on what we've seen from the Ravens, I say the 49ers win this game outright. Just tough to down down a couple of free points with the home team here.