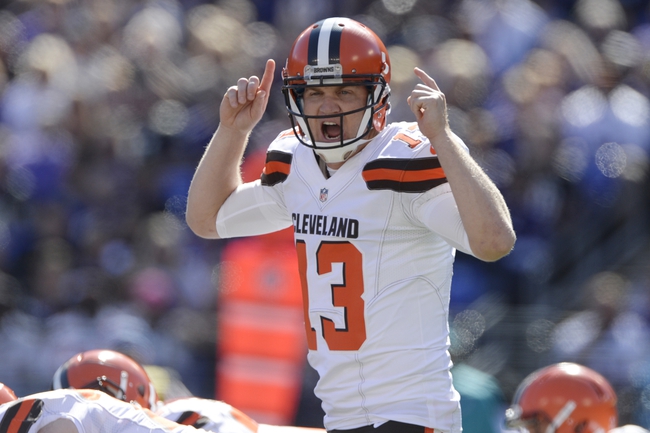 The Denver Broncos and Cleveland Browns square off Sunday afternoon at FirstEnergy Stadium.

The Denver Broncos look to remain undefeated and get their fourth road win of the year. Peyton Manning is completing 63.5 percent of his passes for 1,234 yards, six touchdowns and seven interceptions. Manning has thrown four picks in his last two games. Emmanuel Sanders and Demaryius Thomas have combined for 834 receiving yards and three touchdowns while Jordan Norwood has 10 receptions. The Denver Broncos ground game is averaging 71.6 yards per contest, and Ronnie Hillman leads the way with 212 yards and two touchdowns. Defensively, Denver is allowing 15.8 points and 278 yards per game. Brandon Marshall leads the Broncos with 41 tackles, DeMarcus Ware has 4.5 sacks and Chris Harris Jr. has two interceptions. Aqib Talib, Cody Latimer and Demarcus Ware are questionable.

The Cleveland Browns look to get back to a .500 record with a big home victory here. Josh McCown is completing 67.8 percent of his passes for 1,203 yards, six touchdowns and one interception. McCown has two touchdown passes in three straight games. Travis Benjamin and Gary Barnidge have combined for 785 receiving yards and seven touchdowns while Duke Johnson Jr. has 21 receptions. The Cleveland Browns ground game is averaging 88.4 yards per contest, and Isaiah Crowell leads the way with 240 yards and one touchdown. Defensively, Cleveland is allowing 26.4 points and 400.4 yards per game. Karlos Dansby leads the Browns with 40 tackles, Armonty Bryant has 3.5 sacks and Tramon Williams has three pass deflections. Shaun Draughn, Craig Robertson and Joe Haden are questionable.

The Broncos offense has had some serious issues this season, as Denver has no running game at all and Manning is looking like a shell of himself. However, the Browns defense isn't exactly what you would call good. Also, I'm not sure McCown and company will be able to handle just how good the Broncos defense is.

I like Denver to win this game by a touchdown.