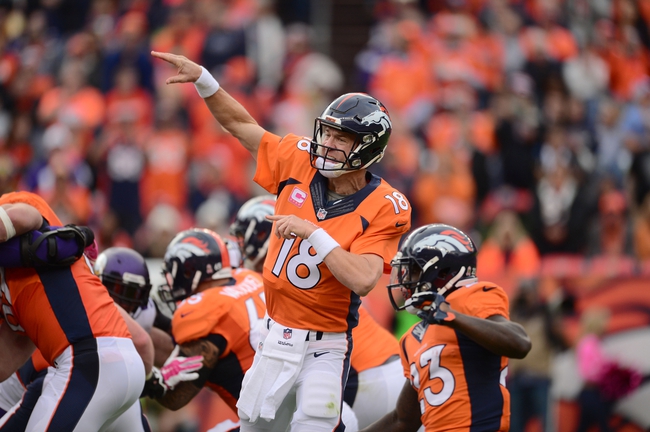 The Broncos look to stay undefeated after a win in Oakland last week as they head into the Dog Pound to battle with the Browns.

The Broncos head into Cleveland looking to stay undefeated and while they haven't looked like the world beaters we have seen over the last few years they are right back in the mix in the AFC and continue to win football games with a strong defense. Denver still has a ton of weapons on the offensive side of ball led by Peyton Manning and Demaryius Thomas and while the numbers are down statistically for the Broncos on offense they can still beat you however they choose and with Manning on the verge of a big time breakout what better time than now to do so against a Browns team who is coming off a big victory.

Cleveland went into Baltimore last weekend and shocked a ton of people after leaving with an overtime victory and while he has been criticized a number of times this season you have to love the effort that Josh McCown gave in the Cleveland win. The Browns are now 2-3 and right in the mix for a wild card spot heading into week six and if they can repeat last week's effort on the offensive side of the ball than they could very well keep things close. However, the Broncos defense is playing like the league's best right now and I think they will swallow the Browns whole in this game in what should be a coming out party for the Denver offense.