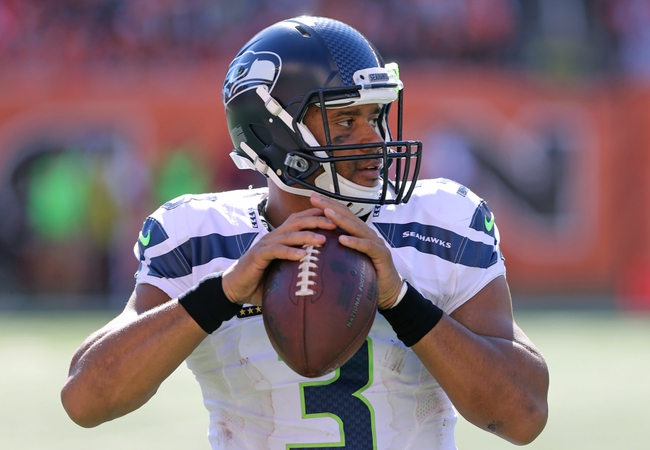 The Carolina Panthers and Seattle Seahawks square off Sunday at CenturyLink Field.

The Carolina Panthers are coming off a bye and look to remain unbeaten with a big road win. Cam Newton is completing 55.4 percent of his passes for 809 yards, seven touchdowns and two interceptions. Newton has two touchdown passes in each of his last three games. Greg Olsen and Ted Ginn Jr. have combined for 449 receiving yards and five touchdowns while Corey Brown has six receptions. The Carolina Panthers ground game is averaging 132.3 yards per contest, and Jonathan Stewart leads the way with 220 yards on 59 carries. Defensively, Carolina is allowing 17.8 points and 339 yards per game. Thomas Davis leads the Panthers with 36 tackles, Mario Addison has two sacks and Josh Norman has four interceptions. Jerricho Cotchery, Amini Silatolu and Luke Kuechly are questionable.

The Seattle Seahawks need a bounce back victory here to get back to a .500 record. Russell Wilson is completing 70.7 percent of his passes for 1,192 yards, six touchdowns and three interceptions. Wilson has a touchdown pass in 10 of his last 11 games. Jermaine Kearse and Doug Baldwin have combined for 542 receiving yards and three touchdowns while Jimmy Graham has 21 receptions. The Seattle Seahawks ground game is averaging 142.4 yards per contest, and Thomas Rawls leads the way with 326 yards and one touchdown. Defensively, Seattle is allowing 19.6 points and 306.8 yards per game. Bobby Wagner leads the Seahawks with 41 tackles, Michael Bennett has three sacks and Earl Thomas has an interception. Marshawn Lynch, Marcus Burley and Tharold Simon are questionable.

Can the Panthers get some love. Not only are the Carolina Panthers undefeated, but they've had an extra week to prepare. Not to mention the Seattle Seahawks look like a shell of themselves at the moment. Seattle will likely still win this game, but this is too many points for me to lay with an unbeaten team.

The pick in this article is the opinion of the writer, not a Sports Chat Place site consensus.
Previous Pick
Arizona Cardinals at Pittsburgh Steelers 10/18/15 NFL Score, Recap, News and Notes
Next Pick
49ers vs. Ravens - 10/18/15 NFL Pick, Odds, and Prediction