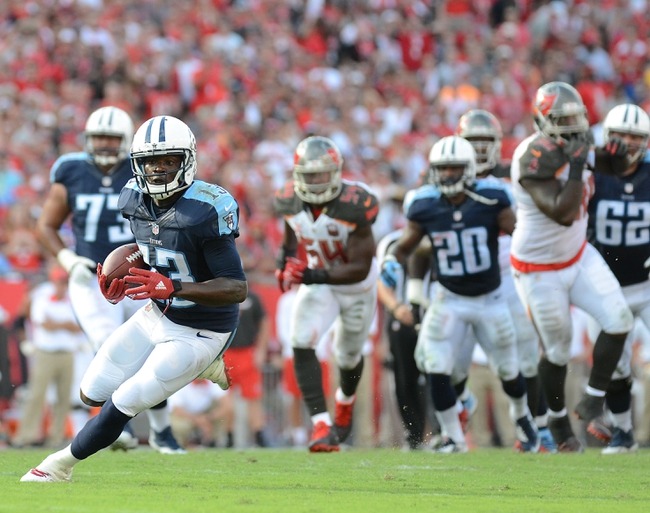 The Tennessee Titans and the Miami Dolphins face off on Sunday at Nissan Stadium for a week 6 NFL match up.

The Tennessee Titans are 1-3 this season and they are coming off of a brutal loss to Buffalo in a game they led most of the way. The Titans offense is averaging 25.5 points and 350.8 yards per game with a minus two turnover ratio. Titans QB Marcus Mariota has completed 64.1 percent of his passes with eight touchdowns and three interceptions. Tennessee’s rushing attack is led by Bishop Sankey who has rushed for 146 yards and Kendall Wright is the leading receiver with 16 catches. The Titans defense allows 22.8 points and 283.5 yards per game with four interceptions, 13 sacks, and 6 fumble recoveries. Avery Williamson leads Tennessee with 25 tackles, Michael Griffin has 23 tackles, and Zach Brown has 22 tackles. The Titans had the worst record in the NFL last season and look to be improved.

The Miami Dolphins are 1-3 this season and they are playing their first game under new Head Coach Dan Campbell. The Dolphins offense is averaging a 31st ranked 16.2 points and 314.8 yards per game and they have a minus three turnover ratio. Miami QB Ryan Tannehill has had a rough go of it completing 56.7 percent of his passes with seven touchdowns and five interceptions. Lamar Miller is the Dolphins top rusher with just 131 yards and Jarvis Landry leads the team with 28 receptions. The Dolphins defense has been disappointing allowing 25.2 points and a 29th ranked 399.5 yards per game with three interceptions and one sack. Reshad Jones leads Miami with 43 tackles, Jelani Jenkins has 30 tackles, and Koa Misi has 29 tackles. The Dolphins either win here or they start thinking about next year.

I like what Campbell has to say about the Dolphins and they have played well below their talent level and I expect them to come out motivated here and get the win.