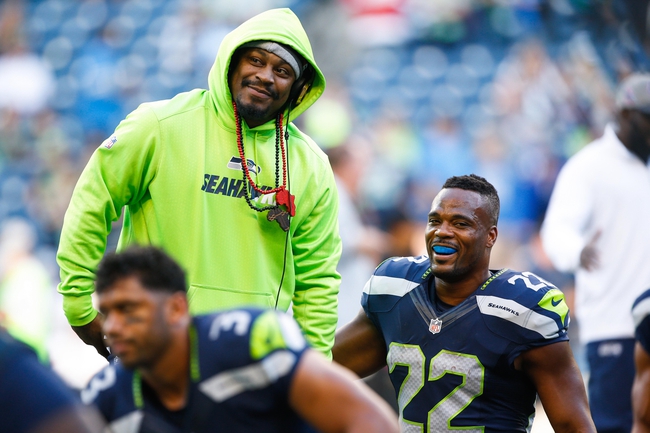 NFL Updates: News From Around the League, Week 7 Schedule and More

We’ve got just one more day to wait until the NFL gets going again for Week 7, and there’s plenty to talk about in the meantime. Let’s check out a few of the notable players and situations out there right now.

We didn’t get much of an update on Giants WR Victor Cruz out of coach Tom Coughlin yesterday. What we do know is that Cruz will reportedly be getting an MRI today on his injured calf.
The results of the tests will go a long way toward getting him back out on the practice field. He’ll still be out for at least this week, though.

The 49ers should have Anquan Boldin on the field tomorrow night, according to sources close to the team.
Boldin is fighting off a hamstring injury and will try to get his third 100-yard game in a row against the Seahawks on “Thursday Night Football” tomorrow.

We’ll get some concrete news on the Buccaneers’ Austin Seferian-Jenkins today, but so far his week isn’t going too well.
Seferian-Jenkins missed out on yesterday’s practice due to his shoulder injury. He says he’s close to a return, however. We’ll see.

It’s looking like the Titans will have to do without Marcus Mariota in Week 7. The team is expecting him to miss the game against Atlanta due to his sprained MCL.
Tennessee will have to rely on backup QB Zach Mettenberger for the time being.

Let’s check out a bizarre story out of Seattle. Yesterday afternoon, a story broke claiming Seahawks RB Fred Jackson was drag racing fellow RB Marshawn Lynch after practice yesterday, and was injured after wrecking his car.
Those reports were debunked a short time later, however, as it was revealed Jackson simply crashed into a stop sign and Lynch (with several other Seahawks) was simply in the area.
With that new information, it appears Jackson is uninjured and is not in danger of discipline by the league. That’s great news for the Seahawks, who have enough problems to deal with in the standings.

NFL Week 7 Schedule: Let’s take a look at the upcoming round of games on the NFL schedule, along with the times and TV networks you can catch them on.

The pick in this article is the opinion of the writer, not a Sports Chat Place site consensus.
Previous Pick
NFL News: Player News and Updates for 10/20/15
Next Pick
Week 7 NFL Survivor Pool Picks