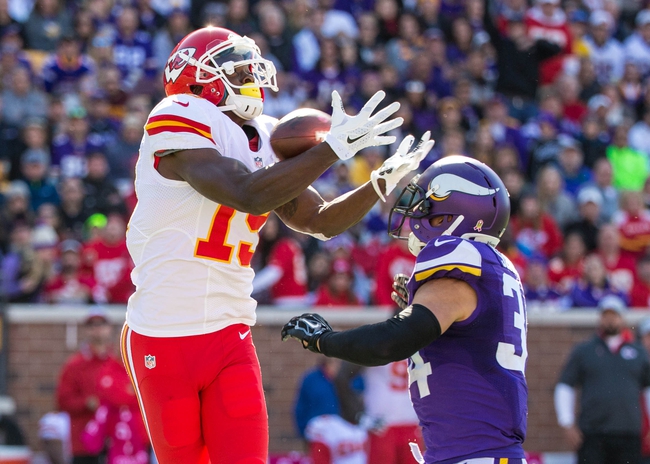 NFL Updates: News From Around the League, Week 7 Schedule and More

We’ve got just one more day to wait for the bulk of the Week 7 games in the NFL. In the meantime, let’s check out some of the notable players and situations out there in our daily wrap-up of the headlines.

The Chargers’ Melvin Gordon and Keenan Allen both earned questionable tags for tomorrow against the Raiders.
Allen is dealing with a hip injury and says he’ll be playing. As for Gordon, it’s most likely he’ll also play following his ankle injury.

The Steelers got another bit of good news with Ben Roethlisberger yesterday when he was listed as questionable with his knee injury.
That said, the team is still planning on starting No. 3 QB Landry Jones. There’s a slight chance Roethlisberger may be able to go, but it’s more likely he’ll be back Week 8.

The Texans have an important questionable designation on defense with LB Jadeveon Clowney.
Clowney was limited once again at yesterday’s practice due to that ankle sprain. He missed out Week 6 against Jacksonville due to the injury.

Jeremy Maclin was able to return to practice yesterday. He’s currently fighting off a concussion and has at least a decent chance to play tomorrow.

Dez Bryant won't be traveling with the Cowboys to New York for the Week 7 game against the Giants and is listed as doubtful.
We’re likely looking at a Week 8 return for Bryant, which is great news for a team desperate for playmakers.

Patriots fans will have to keep a watch on news out of New England today, as Brandon LaFell has a shot to play against the Jets tomorrow.
LaFell has been on the PUP all season and is now eligible to return. By all accounts, his practice this week went well, so we’ll see if the team decides to activate him before tomorrow’s game against their division rival.

NFL Week 7 Schedule: Let’s take a look at the upcoming round of games on the NFL schedule, along with the times and TV networks you can catch them on.