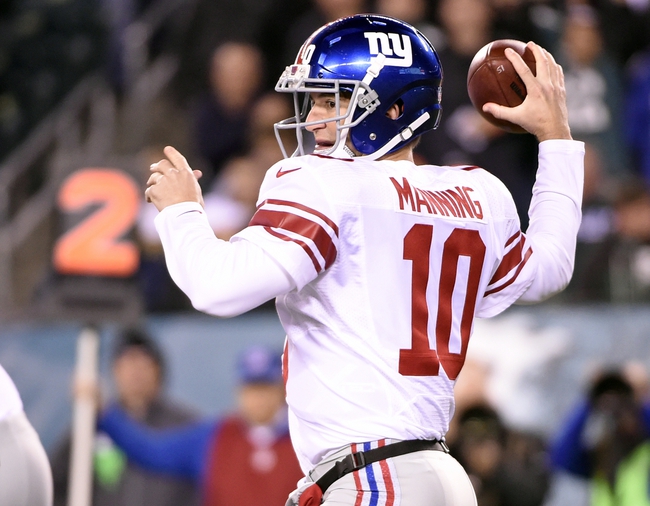 The Dallas Cowboys are coming off a bye and hope they can snap a three-game losing streak. Matt Cassel is expected to get the nod at quarterback over a struggling Brandon Weeden. Cassel has played in just 12 games since the 2013 season. Jason Witten and Terrance Williams have combined for 494 receiving yards and four touchdowns while Lance Dunbar has 21 receptions. The Dallas Cowboys ground game is averaging 106.2 yards per contest, and Joseph Randle leads the way with 289 yards and four touchdowns. Defensively, Dallas is allowing 26.2 points and 349.4 yards per game. Sean Lee leads the Cowboys with 41 tackles, Anthony Hitchens has two sacks and J.J. Wilcox has three pass deflections. James Hanna, Brice Butler and Randy Gregory are questionable.

The New York Giants need a big NFC East victory to get a game above a .500 record. Eli Manning is completing 66 percent of his passes for 1,606 yards, 11 touchdowns and four interceptions. Manning has two or more touchdown passes in four of his last five games. Odell Beckham Jr. and Rueben Randle have combined for 750 receiving yards and six touchdowns while Shane Vereen has 21 receptions. The New York Giants ground game is averaging 89.5 yards per contest, and Rashad Jennings leads the way with 243 yards and one touchdown. Defensively, New York is allowing 22.7 points and 391.5 yards per game. Uani' Unga leads the Giants with 42 tackles, Damontre Moore has three sacks and Prince Amukamara has seven pass deflections. Devon Kennard and Victor Cruz are questionable while Will Beatty is doubtful.

Even with injuries, the Cowboys are still a decent football team with a great offensive line and is coming off a week of rest. The Giants just played Monday night and were sloppy on both sides of the ball. I like a rested Cowboys team that has had a ton of time to prepare. Give me Dallas and the free points.