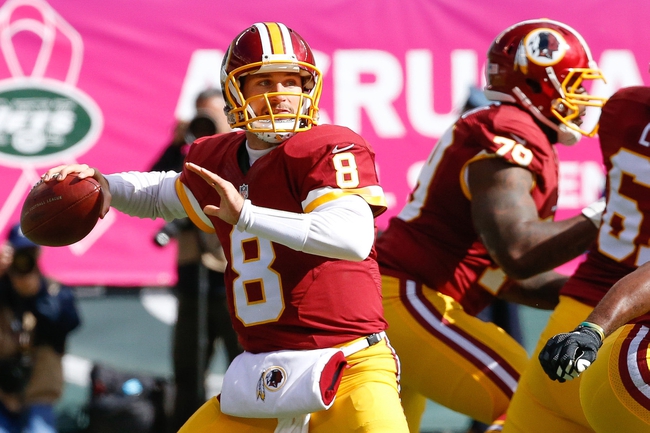 The Tampa Bay Buccaneers look for their second road victory to get back to a .500 record. Jameis Winston is completing 56.6 percent of his passes for 1,174 yards, seven touchdowns and seven interceptions. Winston has four touchdown passes in his last three games. Vincent Jackson and Charles Sims have combined for 499 receiving yards and four touchdowns while Mike Evans has 13 receptions. The Tampa Bay Buccaneers ground game is averaging 122.4 yards per contest, and Doug Martin leads the way with 405 yards and three touchdowns. Defensively, Tampa Bay is allowing 29.6 points and 322.8 yards per game. Lavonte David leads the Bucs with 44 tackles, Gerald McCoy has 4.5 sacks and Kwon Alexander has six pass deflections. Evan Smith, Johnthan Banks and Chris Conte are questionable.

The Washington Redskins need a victory after losing three of their last four games. Kirk Cousins is completing 66.2 percent of his passes for 1,420 yards, six touchdowns and eight interceptions. Cousins has thrown four picks in his last two games. Pierre Garcon and Jordan Reed have combined for 573 receiving yards and four touchdowns while Jamison Crowder has 27 receptions. The Washington Redskins ground game is averaging 107.2 yards per contest, and Alfred Morris leads the way with 297 yards on 85 carries. Defensively, Washington is allowing 23 points and 340.7 yards per game. Dashon Goldson leads the Redskins with 42 tackles, Chris Baker has 3.5 sacks and Bashaud Breeland has eight pass deflections. DeAngelo Hall, DeSean Jackson and Andre Roberts are questionable.

The Washington Redskins actually aren't a bad football team, they just can't get Cousins to stop turning the ball over and Morris can't find the end zone. However, I'm just not 100 percent sold on the Bucs, as they've been a roller coaster so far this season.

I give the slight edge to the Redskins at home, but I don't love this game at all. Pass for me, but if forced to pick, I'll eat the reasonable chalk with the more balanced home team.